SEOUL, Oct. 6 (Xinhua) -- The governments of South Korea and Japan agreed to launch a fast-track entry system on Thursday to allow businessmen to do business activity without isolation when going through the proper quarantine process, South Korean ministries said Tuesday. 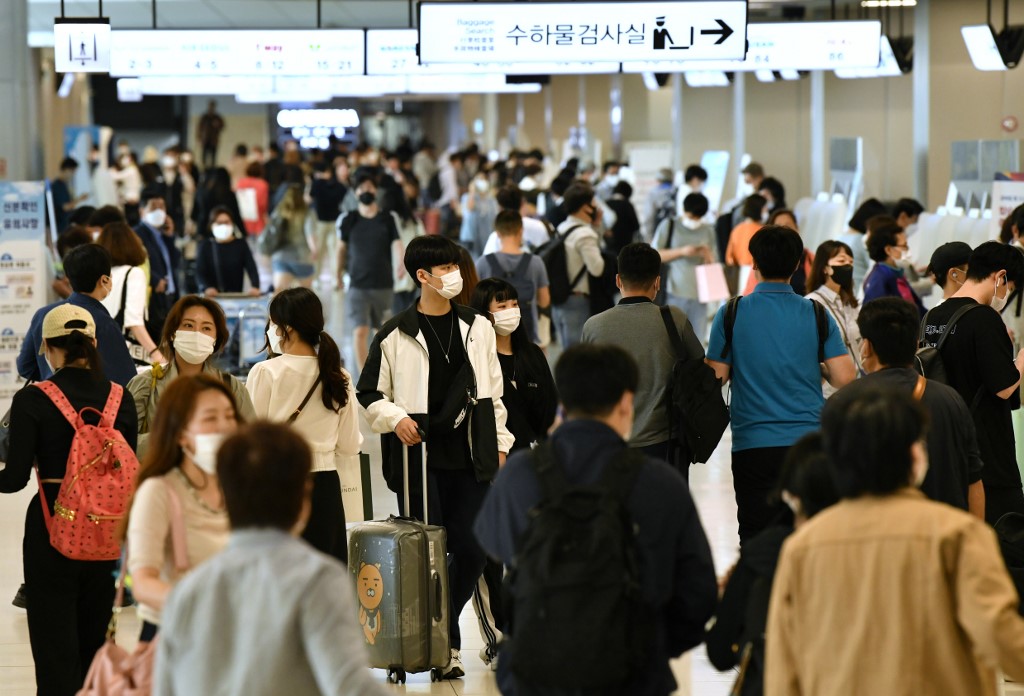 Travellers arrive at the departure hall of Gimpo airport in Seoul on September 29, 2020. (Photo: AFP)

The special entry procedure for businessmen, composed of business and residence tracks, will be launched between South Korea and Japan from Oct. 8, according to a joint statement from South Korea's foreign, justice, trade ministries and other relevant ministries.
Under the business track, South Korean businessmen who want to visit Japan will be exempted from being isolated in Japan if they follow special quarantine procedures.
The special procedures include the health monitoring for 14 days before leaving for Japan, testing negative for the COVID-19 at the test conducted 72 hours before departure and buying travelers' insurance.
After arriving in Japan, the businessmen will be required to take the test again and check physical condition for 14 days through smartphone apps. For the 14 days, they will be allowed to visit only dwelling and office via one private vehicle.
Under the residence track, South Koreans who want to stay in Japan for long will be required to be isolated for 14 days after arrival.
Among the long-term stayers, those who receive special visas for business management and resident employees will be exempted from being quarantined after arriving in Japan.
The exchange of people between Seoul and Tokyo will be resumed in about seven months with the fast-track entry scheme.
In March, Japan banned the entry of South Koreans in a bid to prevent the COVID-19 spread, causing South Korea to ban the entry of Japanese people.
South Korea already established the fast-track entry system with China, the United Arab Emirates (UAE), Indonesia and Singapore.