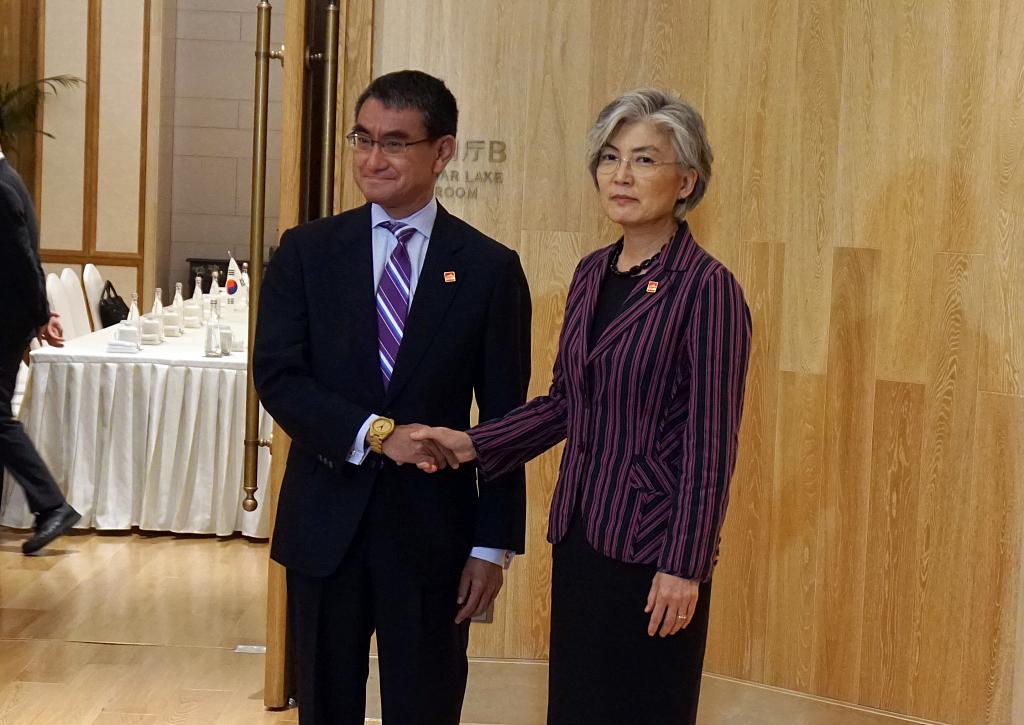 Kim Jung-han, director general of the Asian and Pacific affairs bureau at South Korea's foreign ministry, met in Seoul with his Japanese counterpart Kenji Kanasugi, who arrived here earlier in the day, to exchange opinion on issues of mutual concern, including the wartime forced labor, according to Seoul's foreign ministry.

The South Korean diplomat delivered to his Japanese counterpart Seoul's strong regret and protest against Japan's enforcement of the decision to remove South Korea from the whitelist of trusted trading partners that are given preferential export procedure.

Kim urged Tokyo to rapidly retract the export restrictions, which came after Japan tightened control last month over its export to South Korea of three materials vital to produce memory chips and display panels, the mainstay of the South Korean export.

Kim said that South Korea and Japan should rapidly start "unconditional and sincere" dialogues between the trade authorities to resolve the issue.

Regarding the alleged plan of Japan to discharge into the Pacific Ocean its nuclear polluted water from the 2011 Fukushima nuclear power plant meltdown, Kim told Kanasugi that Japan needs to offer South Korea more detailed information on how Japan would dispose of the contaminated water.

Greenpeace, an environmental group, claimed that Japan recently pushed a plan to discharge into the Pacific Ocean more than one million tons of the high-level radioactive contaminated water from the Fukushima power plant.

The South Korean diplomat delivered to his Japanese counterpart the grave concern of the South Korean people and the government about the discharge, the Seoul ministry said.