SEOUL, Aug. 12 (Xinhua) -- South Korea on Monday decided to remove Japan from its whitelist of trusted export partners after Tokyo's such removal earlier this month. 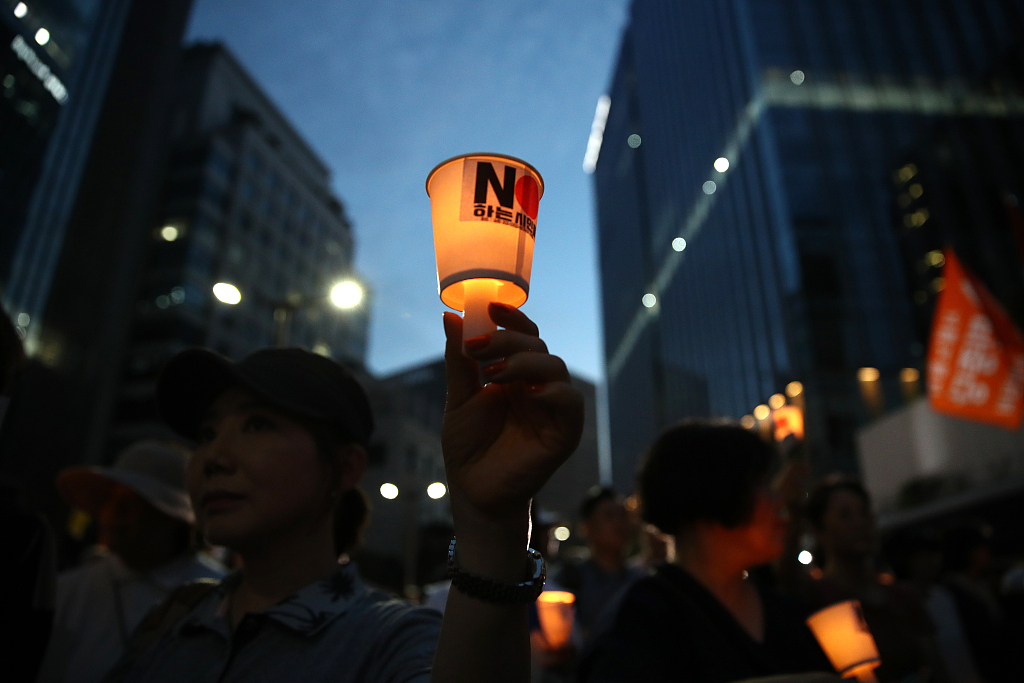 People participate in a rally to denounce Japan's new trade restrictions on South Korea in front of the Japanese embassy on August 10, 2019 in Seoul, South Korea. (Photo: VCG)

South Korean Minister of Trade, Industry and Energy Sung Yun-mo told a press briefing that Seoul's export control of strategic materials will be run to meet the basic principle of the international export control system.

Sung said it will be hard to closely cooperate with a country which violates the basic principle of the international export control system or continues to run the system inappropriately, apparently referring to Japan.

It came after Japan took South Korea off its whitelist of trusted export partners earlier this month. Japan tightened regulations early last month on its export to South Korea of three materials crucial for the manufacturing of memory chips and display panels.