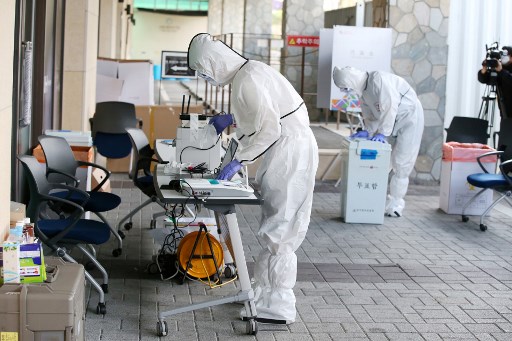 The total number of infections in Daegu, about 300 km southeast of Seoul, and its surrounding North Gyeongsang province rose to 6,819 and 1,337 respectively. It accounted for almost 80 percent of the total.

The numbers in Seoul and its adjacent Gyeonggi province gained to 610 and 631 each.