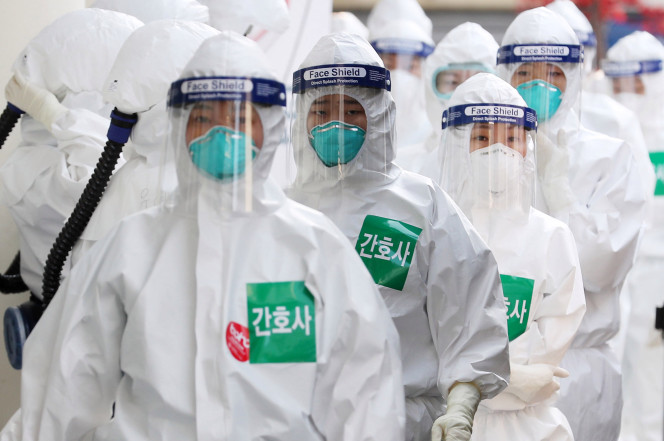 SEOUL, April 10 (Xinhua) -- South Korea reported 27 more cases of the COVID-19 compared to 24 hours ago as of midnight Friday local time, which was the first time falling below 30 in 50 days, raising the total number of infections to 10,450.

No case was confirmed from Daegu, once the epicenter of the viral spread here, for the first time in 52 days. Since the 31st patient, known as a super spreader, was found in Daegu on Feb. 18, the daily caseload had soared and peaked at 909 on Feb. 29.

The super spreader was known as a member of the homegrown minor religious sect called Sincheonji. The cluster infection in Daegu was closely linked to the church services of Sincheonji in Daegu, about 300 km southeast of capital Seoul.

The total number of infections in Daegu and its surrounding North Gyeongsang province stood at 6,807 and 1,327 respectively, accounting for almost 80 percent of the total.

The numbers in Seoul and its adjacent Gyeonggi province gained to 595 and 615 each.

The daily caseload hovered around 50 in recent days, with 47 reported on Sunday and Monday, 53 on Tuesday and 39 on Wednesday respectively.

It was the first time in 50 days that the newly confirmed cases fell below 30, and five of the new cases were imported from overseas.

Four more deaths were confirmed, lifting the death toll to 208. The total fatality rate came in at 1.99 percent.

A total of 144 more patients were discharged from quarantine after making full recovery, pulling up the combined number to 7,117.