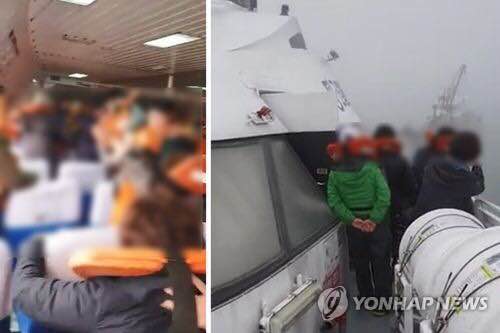 South Korean coast guard said it rescued all 163 people from a liner that hit a rock in waters off the country's southwestern coast Sunday afternoon. The passenger vessel, carrying 158 passengers and 5 crews, ran aground at about 3:47 p.m. local time (0647 GMT) in waters off Sinan county in South Korea when trying to avoid colliding with a ship boat. Six people were lightly injured.

"We've got a report that rescue operations are under way," said a presidential official.

Yet all 163 people on board were rescued, Korea Coast Guard said.