SEOUL, May 12 (Xinhua) -- The number of confirmed COVID-19 cases linked to the cluster infection from clubs and bars at a multicultural neighborhood of Itaewon in the South Korean capital Seoul rose to 102 as of midday Tuesday local time, according to the Korea Centers for Disease Control and Prevention (KCDC). 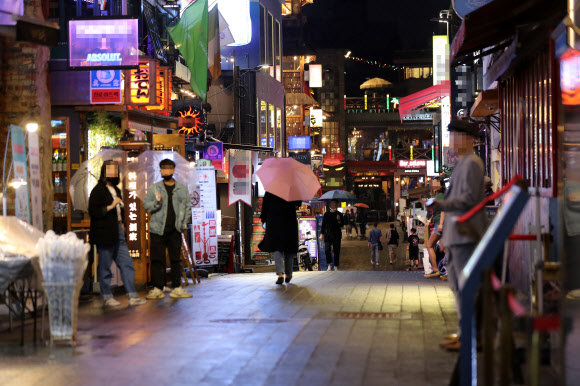 It was up 16 compared to 24 hours earlier. Of the total, 64 were Seoul residents and 23 were residents of Gyeonggi province surrounding Seoul.

Of the total, 73 were patients who visited Itaewon clubs and then were tested positive for the virus, while 29 were the family members or acquaintances of the patients.

The cluster infection is believed to have started from a 29-year-old man who visited a total of five clubs and bars in Itaewon from the night of May 1 to the early hours of May 2. He tested positive and was admitted to a hospital in the morning of May 6.

At least 5,500 people were believed to have visited the clubs and bars, to which the 29-year-old went. Of the total, about 2,000 were not reached by the health authorities.

The KCDC asked people who toured entertainment spots in Itaewon from April 24 to May 6 to refrain from outside activity and be tested for the virus regardless of symptoms.

After hitting the bottom at two on May 6, the daily caseload continued to rise to 12 on Friday, 18 on Saturday, 34 on Sunday and 35 on Monday each.