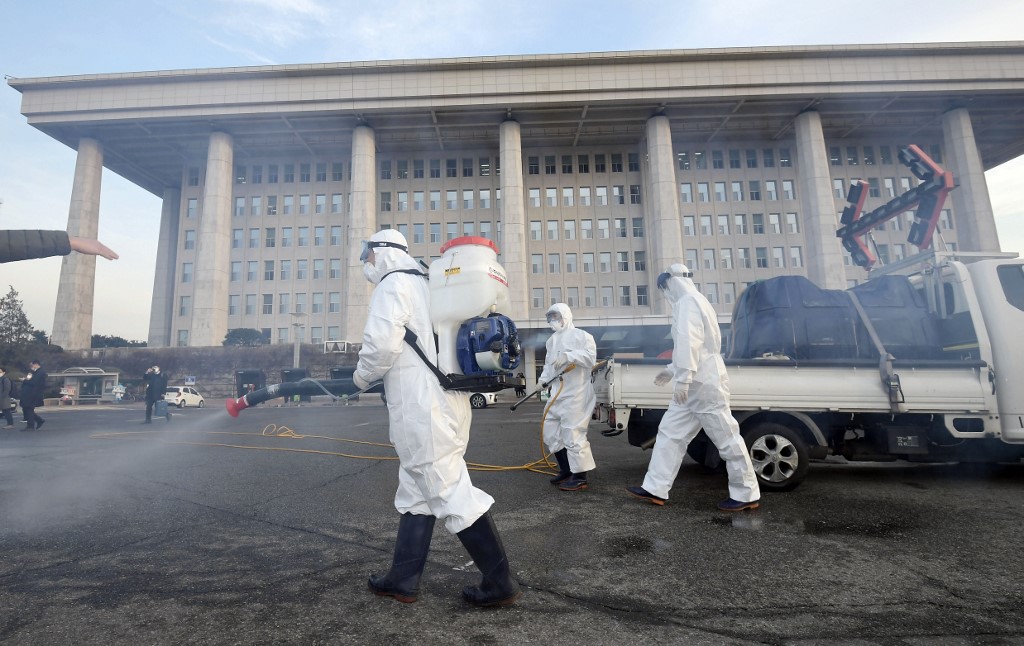 As of 4:00 p.m. local time, the number of infected patients totaled 6,593, up 309 from the previous announcement as of midnight. One more death was reported, lifting the death toll to 43.

Among the patients, 31 were in critical conditions, raising a possibility for fatality increase.

The virus infection soared for the past 16 days, with 6,253 new cases reported from Feb. 19 to March 5. The country has raised its four-tier virus alert to the highest "red" level.

The total number of infections in Daegu, about 300 km southeast of Seoul, and its surrounding North Gyeongsang province increased to 4,694 and 984 respectively as of midnight. It accounted for about 90 percent of the total.

The readings in Seoul and its adjacent Gyeonggi province gained to 105 and 120 each.

Daegu became the epicenter of the viral spread here as the biggest cluster of infections was found in the metropolis with a 2.5 million population. Daegu has been designated by the government as a "special care zone."

The Daegu cluster was closely linked to the church services of a homegrown minor religious sect, called Sincheonji, in Daegu. The sect is known for its secretive nature and its unique way of church services, in which members sit on the floor closely side by side.

Vice Health and Welfare Minister Kim Kang-lip told a press briefing that the rising pace of infection, relevant to the Sincheonji Daegu branch, was forecast to slow as the test on Sincheonji followers in Daegu was almost completed.

Kim, however, noted that secondary infections from the Sincheonji members could have occurred in other regions, asking people to refrain from going outside and attending religious or social gatherings.

According to the KCDC, 71.7 percent of infected patients here was relevant to cluster infections across the country. The remaining 28.3 percent was the cases still under epidemiological investigation or relevant small clusters.

The number of confirmed cases, traced to the Sincheonji followers, was 3,917.

Twenty more patients were discharged from quarantine after making full recovery, raising the combined number to 108.