SEOUL, Aug. 8 (Xinhua) - South Korea's export is expected to be hit for the time being by the global trade dispute and Japan's export curbs, the country's central bank said Thursday. 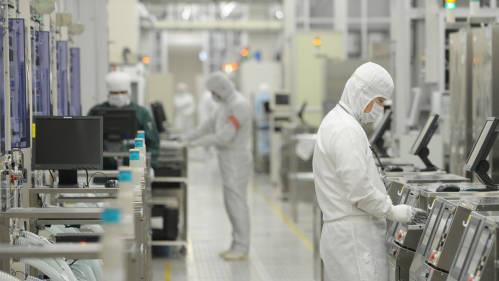 The Bank of Korea (BOK) said in its monetary policy report, submitted to the National Assembly, that uncertainties from the global trade spat was forecast to continue for the time being.

The report said worry spread about the negative impact of Japan's export restrictions on the South Korean economy, adding that the export curbs were predicted to raise uncertainties surrounding the domestic economy.

Japan removed South Korea last week from its whitelist of trusted trading partners that are given preferential export treatment, after tightening regulations in early July on its export to South Korea of three materials vital to produce memory chips and display panels.

South Korea's export, which accounts for about half of the export-driven economy, kept falling for the eighth straight month through July.

In terms of volume, the country's export dipped at a faster pace by skidding 3.3 percent in May and 7.3 percent in June respectively.

The BOK cautioned that the global trade dispute could have a negative impact on the South Korean export as seen during the 2008 global financial crisis.

The bank noted that it was currently uncertain whether Japan would expand its trade spat with South Korea further, saying it would be needed to closely monitor what would happen and its effect on the South Korean economy.

The BOK lowered its benchmark interest rate by 25 basis points last month to 1.50 percent in a bid to tackle possible negative effects from Japan's export restrictions.

Market watchers saw a possibility for the central bank's further rate cut during the fourth quarter.