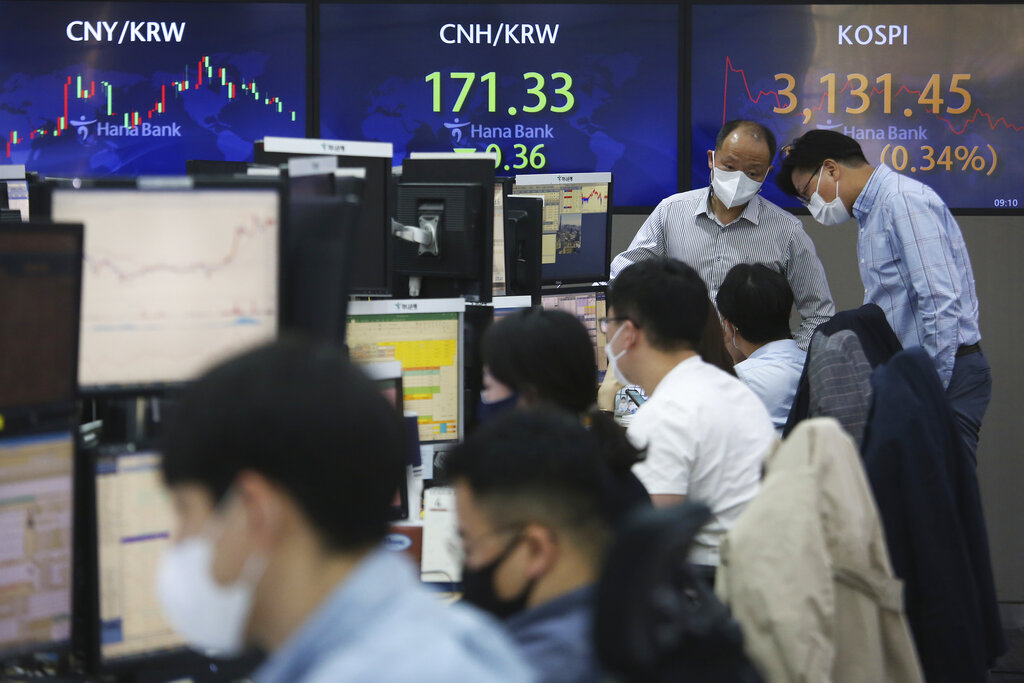 External liability reached a fresh high of 565.9 billion U.S. dollars as of the end of March, up 21.0 billion dollars from three months earlier, according to the Bank of Korea (BOK).

It came as foreign investors purchased domestic bonds amid the strong fundamentals of the economy. The country's real gross domestic product (GDP) grew 1.6 percent in the first quarter from the prior quarter, recovering to a pre-COVID-19 pandemic level.

The percentage of short-term foreign debt, which matures in less than a year, to the total external liability stood at 29.3 percent at the end of March, almost unchanged from three months earlier.

The portion of short-term foreign debt to the country's foreign reserves rose 1.2 percentage points to 37.1 percent in the cited period.