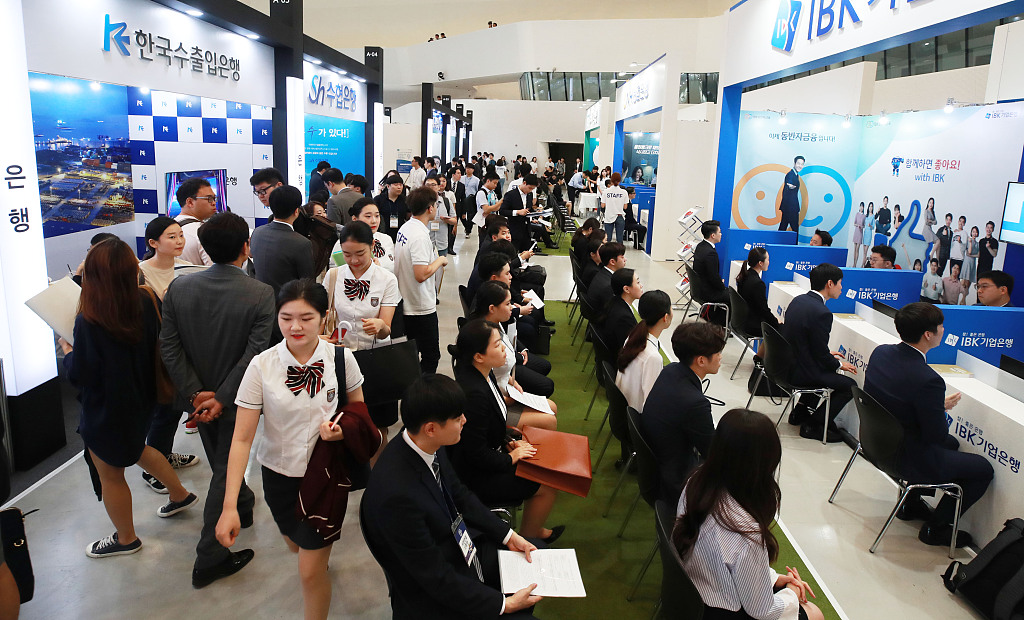 It was the lowest in nine years since 2009 when the employment reduced 87,000 on negative effect from the global financial crisis.

Unemployment rate among youths aged 15-29 declined 0.3 percentage points over the year to 9.5 percent in 2018.

The jobless rate among those aged 25-29 tumbled 0.7 percentage points to 8.8 percent, indicating that labor market conditions improved among college graduates.

The so-called expanded jobless rate among youths, which reflects labor market conditions more accurately, reached 22.8 percent in 2018, the highest since the relevant figure began to be compiled in 2015.

The expanded jobless rate adds those who are discouraged to seek a job, those who work part-time against their will to work full-time, and those who prepare to get a job after college graduation to the official jobless rate.

By industry, the number of workers in the manufacturing industry, which is seen as providing decent jobs, reduced 56,000 in 2018 from the previous year.

Jobs in the wholesale and retail, rent service and education service sectors declined last year, but those in the social welfare, healthcare, public administration and information and communications industries increased in the year.

The employment rate gauges the percentage of working people to the working-age population, or those aged 15 or above. The hiring rate is used as an alternative to jobless rate, and the government set its long-term target at 70 percent.

Discouraged workers, who gave up efforts to seek a job because of the worsened labor market conditions, advanced 43,000 to 524,000 in the cited period.

The so-called "take-a-rest" group also gained last year. The group refers to those who replied that they took a rest during the job survey period. It is an important figure as the group can include those who are unemployed and too discouraged to search for work for an extended period of time.