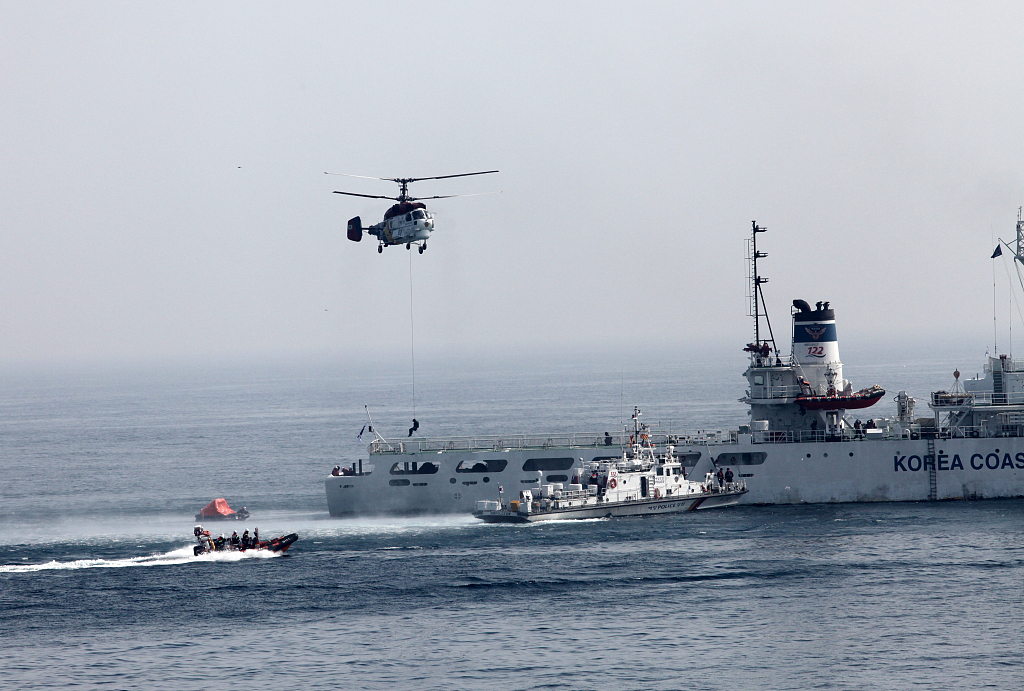 The South Korean navy said in a statement that it would stage the "territory defense exercises" in the East Sea from Sunday to Monday.

The South Korean maritime forces had conducted the defense drills on and around the country's easternmost islets of Dokdo, called Takeshima in Japan, twice a year, mostly in June and December.

This year's drills were delayed amid the rising trade spat between South Korea and Japan and the controversy over historical issues.

South Korea on Thursday terminated the GSOMIA, which was signed in November 2016 with Japan to share military intelligence on nuclear and missile programs of the Democratic People's Republic of Korea (DPRK).

Last month, Japan tightened regulations on its export to South Korea of three materials vital to produce memory chips and display panels, triggering the trade dispute between the two countries.

Japan's export curbs came in an apparent protest against the South Korean top court's ruling that ordered some of Japanese companies, including Nippon Steel and Mitsubishi Heavy Industries among others, to pay compensation to the South Korean wartime forced labor victims.

Hundreds of thousands of South Koreans were forced by Imperial Japan into hard labor without pay during World War II. The Korean Peninsula was colonized by Japan from 1910 to 1945.