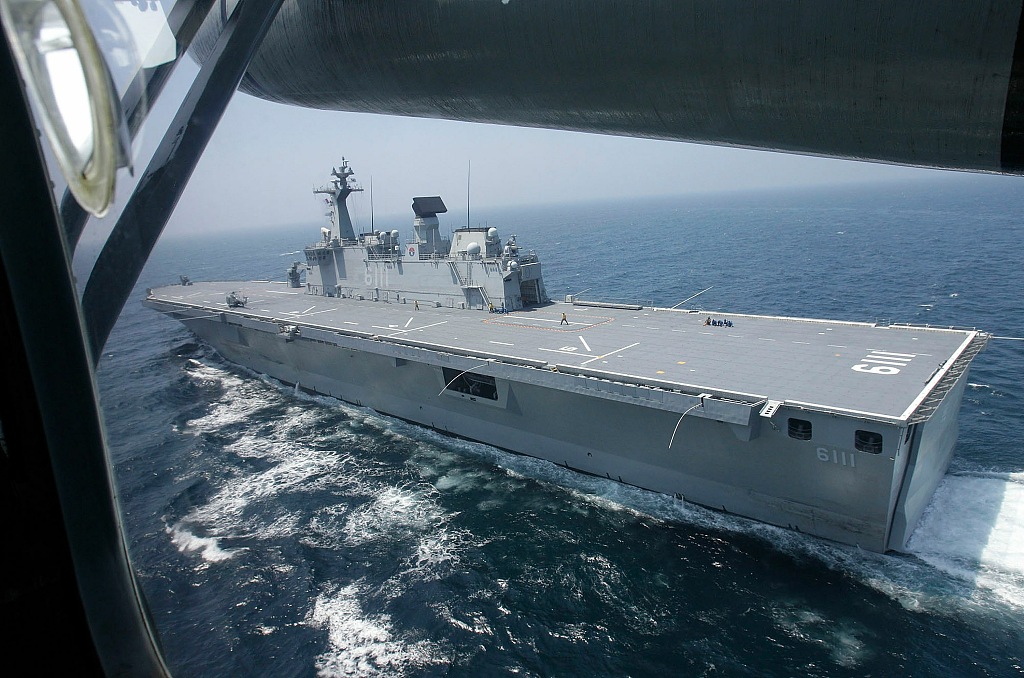 Mobilized for the drills were battleships, including a 2,500-ton frigate, a guided missile patrol gunboat, and a patrol frigate, as well as a maritime operation helicopter, according to local media reports.

A live-fire exercise was included in the drills to build teamwork among service members, the navy was quoted as saying.

The maritime maneuvers exercise was carried out in waters south of the maritime buffer zone, which was set near the inter-Korean sea boundary under the comprehensive military agreement between the two Koreas.

The military accord was signed by defense chiefs of the two Koreas during the Pyongyang summit in September last year between South Korean President Moon Jae-in and top DPRK leader Kim Jong Un.

Under the agreement, the two sides established buffer zones in the air, ground and waters near the border to stop all hostile acts against each other.