A prominent opposition lawmaker was found dead Monday apparently after jumping from an apartment building amid an investigation into allegations that he accepted illegal political funds, police said. 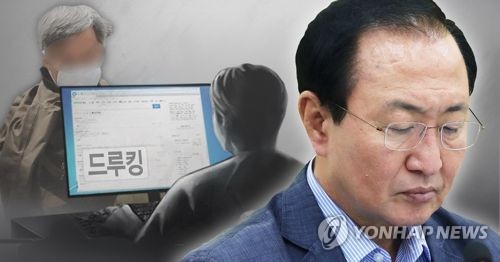 The body of Rep. Roh Hoe-chan, floor leader of the progressive Justice Party, was found near the entrance of the apartment building in central Seoul at 9:38 a.m., and a security guard alerted police of the finding, police officials said.

Police then found a jacket on the stairs of the building's 17th and 18th floors. In the jacket were Roh's wallet containing his ID and business cards, as well as what appeared to be a suicide note, officials said.

In the note, Roh said he accepted money, but it had nothing to do with illicit favors. Roh also said he's sorry to his family.

The three-term lawmaker has been under an investigation into suspicions that he accepted 50 million won (US$44,333) from an aide to a power blogger, known by the nickname Druking, at the center of an opinion rigging scandal.

Roh, a former labor activist, had built an image as a clean politician.