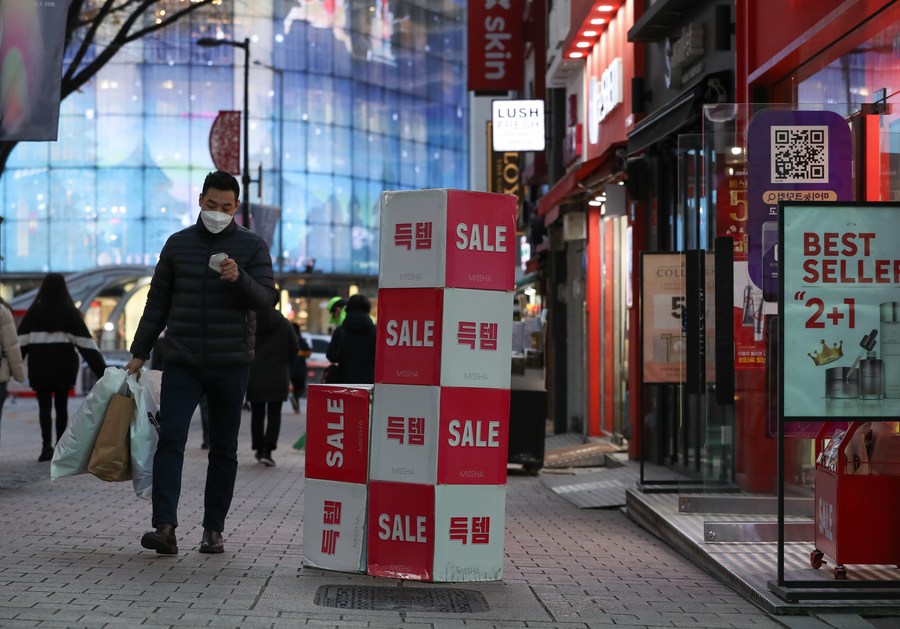 A man wearing a face mask walks past a store whose goods are on sale at the Myeongdong shopping area in Seoul, South Korea, Dec. 8, 2020. (File photo: Xinhua)

The real GDP kept rising for the ninth successive quarter since the third quarter of 2020, but it was down from the quarter-over-quarter increase of 0.6 percent in the first quarter and 0.7 percent in the second quarter.

Private consumption and facility investment contributed to the GDP expansion, but the faltering export led to lower economic growth.

For the first 20 days of October, the country's export dwindled 5.5 percent to 32.4 billion U.S. dollars compared to the same period of last year.

South Korea logged a trade deficit for the past six months through September.