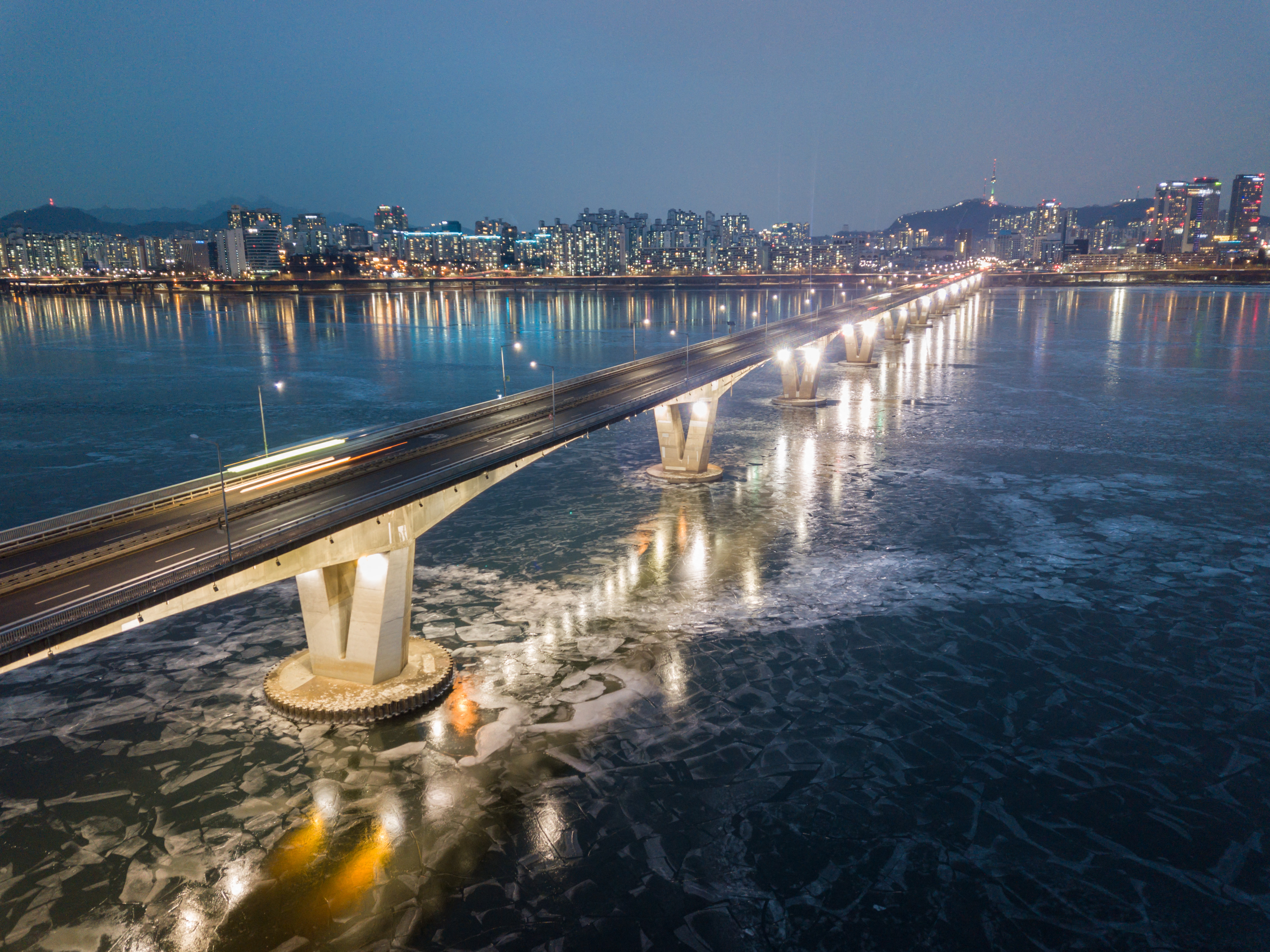 A photo taken on January 10, 2021 shows a general view of traffic passing over a bridge above the frozen Han river, before the Seoul city skyline. (Photo: AFP)

The growth rate was up 0.1 percentage point from the preliminary reading unveiled in late April, according to the Bank of Korea (BOK).

The country's GDP recovered to the pre-pandemic level, leading the BOK to raise this year's growth forecast by 1.0 percentage point to 4.0 percent late last month.

Export, which accounts for about half of the economy, gained 2.0 percent in the January-March quarter compared to the prior quarter. Import advanced 2.9 percent in the quarter. 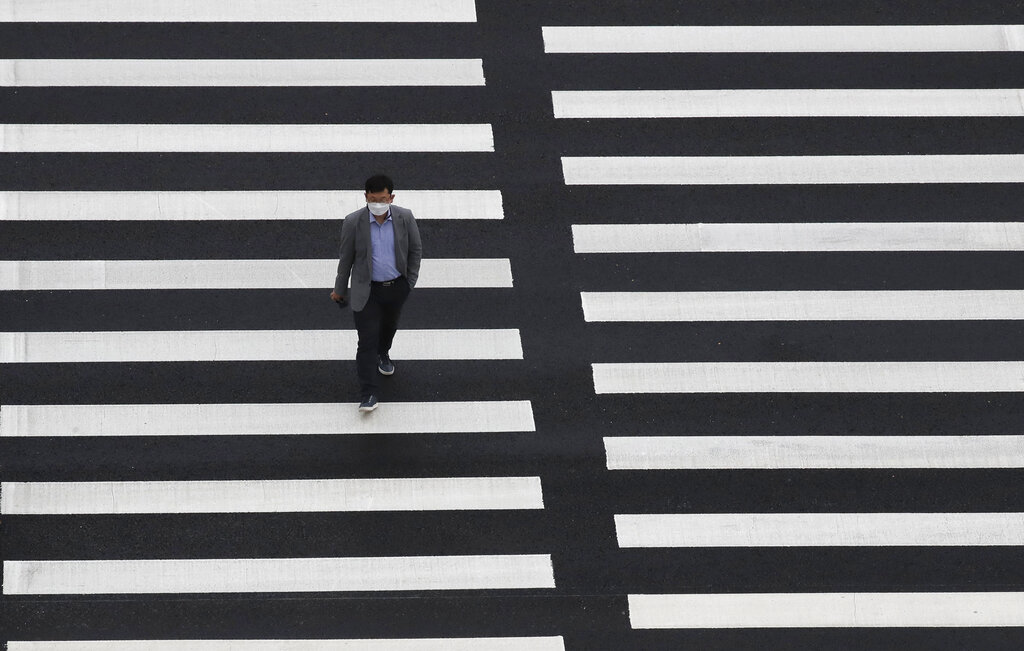 A man wearing a face mask as a precaution against the coronavirus walks along a crosswalk in Seoul, South Korea, Friday, May 7, 2021. (Photo: AP)

Facility investment expanded 6.1 percent amid the export recovery, and private consumption added 1.2 percent in the first quarter after skidding 1.3 percent in the previous quarter.

Real gross national income (GNI), which measures a total amount of income earned at home and abroad by people and businesses, increased 2.4 percent in the first quarter from the prior quarter.

GDP deflator, or the ratio of nominal GDP to real GDP to gauge the price change for all of the goods and services produced in the country, went up 2.6 percent in the first quarter from a year earlier.