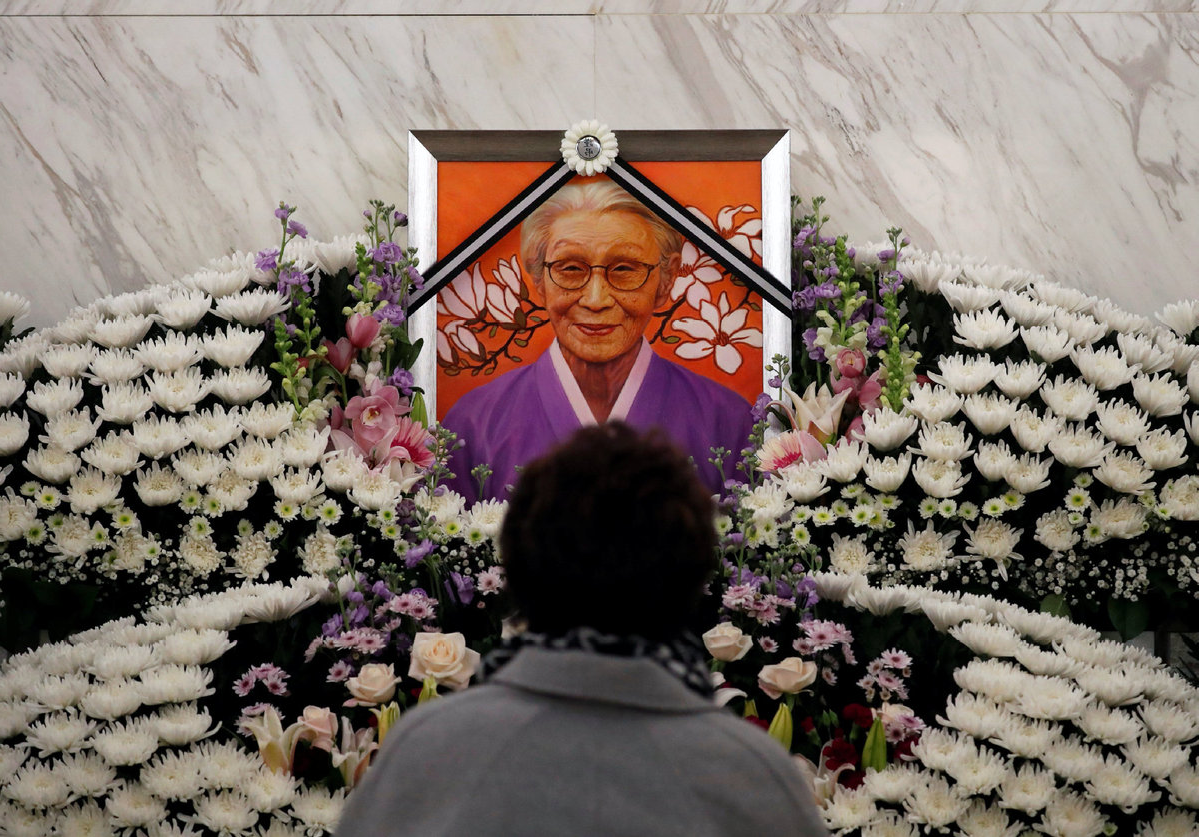 SEOUL - A symbolic South Korean victim, who was forced into sex slavery for the Japanese military brothels during World War II, died at the age of 93, an advocacy group for the victims said Tuesday.

Kim Bok-dong passed away Monday night at Yonsei Severance Hospital in western Seoul, reducing the number of surviving victims to 23, according to Korean Council for Justice and Remembrance for the Issues of Military Sexual Slavery by Japan, a local civic group supporting the wartime sex slave victims.

Her death came just hours after another 94-year-old victim, identified only by her surname Lee, died of old age.

The deceased Kim was coerced into sex enslavement for the Japanese military brothels in 1940 when she was 14. She was sent to China, Malaysia, Indonesia and Singapore to serve Japanese soldiers.

Kim became one of the symbolic figures when she made public the truth about her wartime sexual slavery in 1992, a year after the late victim Kim Hak-soon publicly testified about the atrocity for the first time.

Since then, Kim traveled around the world to give her testimony to the international community, helping disseminate the truth about Imperial Japan's wartime crime against humanities.

President Moon Jae-in paid tribute to Kim at the funeral hall of the hospital, according to the Blue House.

Moon wrote on his Facebook page that the deceased granny spearheaded setting history right by demanding legal compensations and an apology for Japan's atrocities while refusing to remain as a victim.

The president vowed to never forget setting history right, saying he would perform his own duty for the surviving 23 victims.

Out of the 238 sex slavery victims officially registered with the South Korean government, only 23 are alive.

Historians said as many as 400,000 women from Asian countries were forced into sex enslavement for the Japanese military brothels during the Pacific War.

The Korean Peninsula was colonized by Imperial Japan from 1910 to 1945.