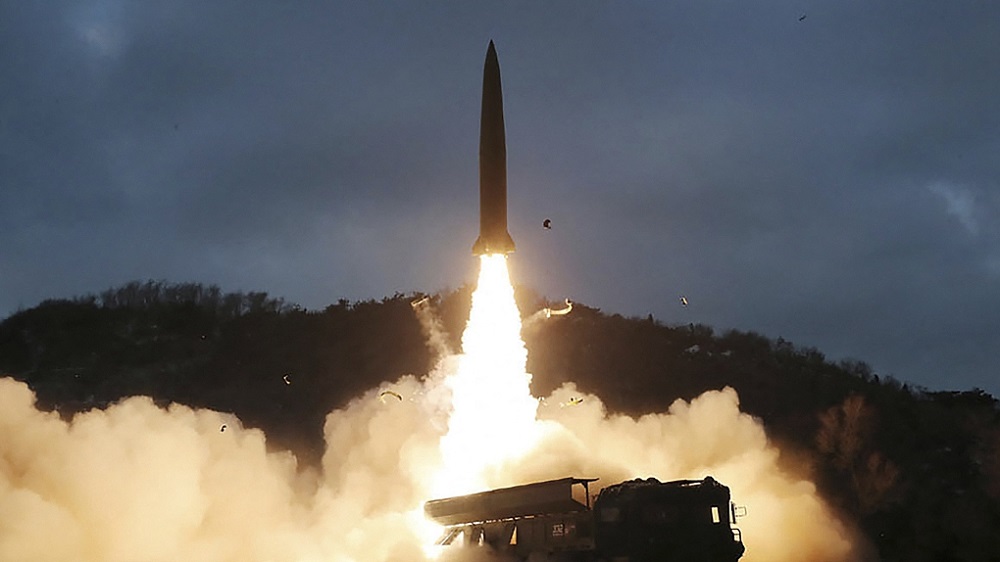 The JCS said in a statement that it detected two short-range ballistic missiles, launched by the DPRK from the Sunchon area in South Pyongan province between 8:48 p.m. (1148 GMT) and 8:57 p.m. (1157 GMT) into the eastern waters.