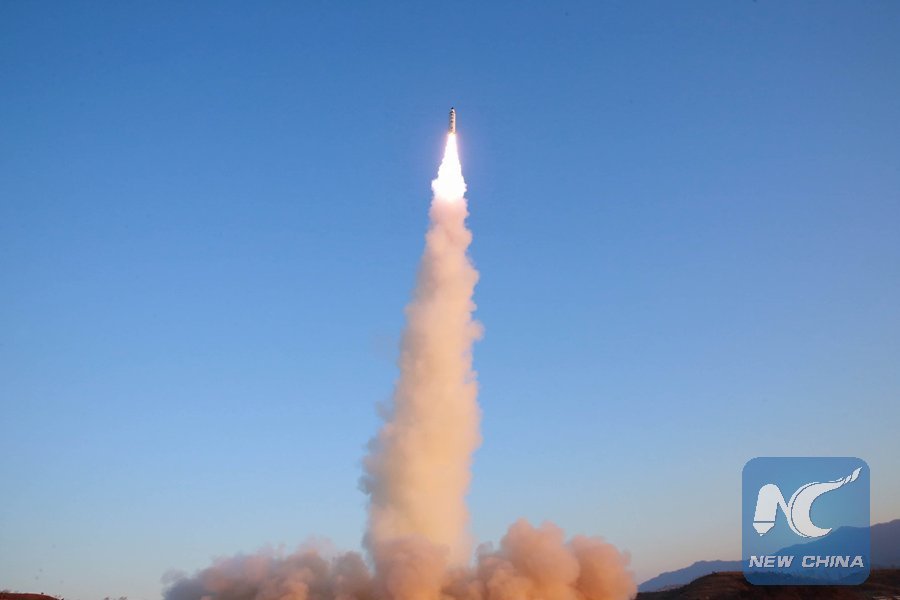 The JCS said in a statement that the South Korean military detected two short-term ballistic missiles, which were launched towards the East Sea from a region in the DPRK's South Pyongan province at 12:34 p.m. local time (0334 GMT) and 12:39 p.m. each.

The missiles traveled about 800 km at an altitude of around 60 km. The intelligence authorities of South Korea and the United States were analyzing further details, the JCS noted.

The JCS said the South Korean military tightened guard and surveillance, while closely cooperating with the United States to maintain a full readiness posture.

The missile launch came just days after the DPRK said Monday that it successfully test-fired new type of long-range cruise missiles on Saturday and Sunday.