WORLD S.Korea says to push for DPRK leader's visit to Seoul in 2019

S.Korea says to push for DPRK leader's visit to Seoul in 2019 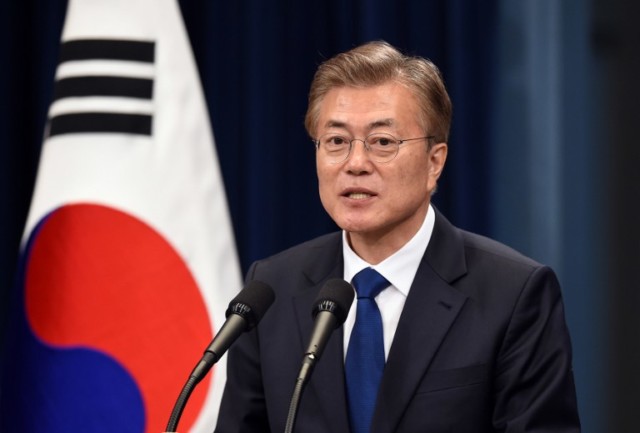 SEOUL, March 29 (Xinhua) -- South Korea's unification ministry in charge of inter-Korean relations said Friday that it will push for the visit to Seoul by top leader of the Democratic People's Republic of Korea (DPRK) Kim Jong Un this year.

The ministry said in its 2019 work plan, submitted to the National Assembly, that through Kim's visit to Seoul, South Korea will try to create a virtuous cycle of improved relations between the two Koreas and between the DPRK and the United States, and the denuclearization of the Korean Peninsula.

The Seoul ministry said the South Korean government will try to regularize the inter-Korean summit as well as high-level talks this year to lay a firm groundwork for relations between the two Koreas.

It would come after the second summit between Kim and Trump ended with no agreement in late February in the Vietnamese capital of Hanoi.

The Seoul ministry said South Korea will seek to create conditions for the resumption of the currently stalled inter-Korean cooperation projects, the Kaesong Industrial Complex and the tours to Mount Kumgang.

The jointly-run factory park in the DPRK's border town of Kaesong and the South Koreans' tour to the DPRK's scenic resort of Mount Kumgang have been suspended since 2016 and 2008, respectively.

To tackle the humanitarian issue, the ministry will seek to regularize the video reunions and the exchange of video letters between the Korean families separated by the 1950-53 Korean War.