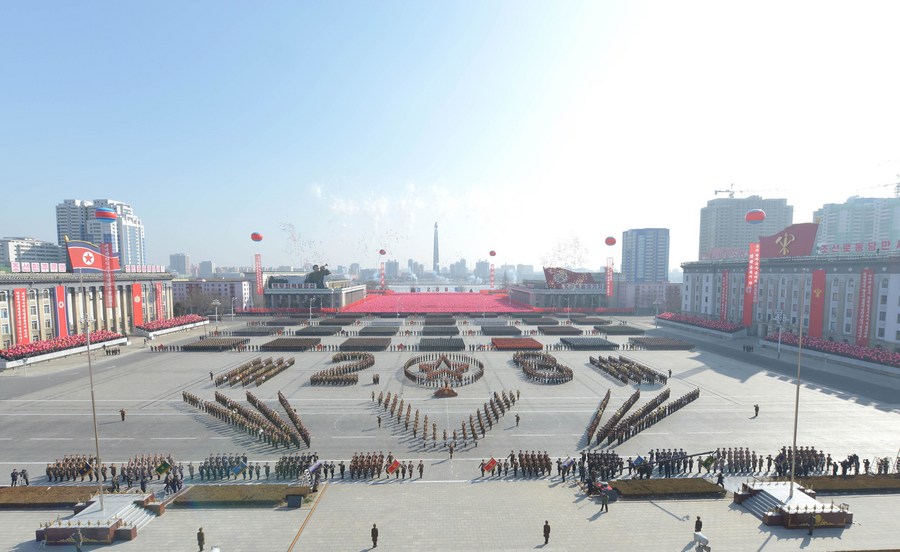 This picture provided by Korean Central News Agency (KCNA) on Feb. 9, 2018 shows the military parade marking the 70th anniversary of the founding of Korean People's Army in Pyongyang, capital of the Democratic People's Republic of Korea (DPRK). (Photo: KCNA via Xinhua)

An unnamed Unification Ministry official was quoted as saying that the DPRK's recent change in its position can be seen as a "positive sign."

The official said South Korea consistently maintained the stance that the government should comply with the inter-Korean agreements, and that it is important to keep peace on the Korean Peninsula and improve inter-Korean ties.

The official expressed anticipation to enhance inter-Korean relations through dialogue and discuss issues of mutual concern.

The DPRK's official Korean Central News Agency (KCNA) reported on Wednesday that the country's top leader Kim Jong Un presided over the preliminary meeting for the fifth meeting of the Seventh Central Military Commission of the Workers' Party of Korea (WPK) through a video conference on Tuesday.

The action plans include redeployment of troops to the Mount Kumgang tourist area and the Kaesong Industrial Zone, and security guarantee for the people to distribute propaganda leaflets to the South in border areas.

The DPRK has cut all communication lines with South Korea and demolished the inter-Korean liaison office building earlier this month in protest against the distribution of anti-DPRK leaflets by South Korean civic group activists, mostly defectors from the DPRK.