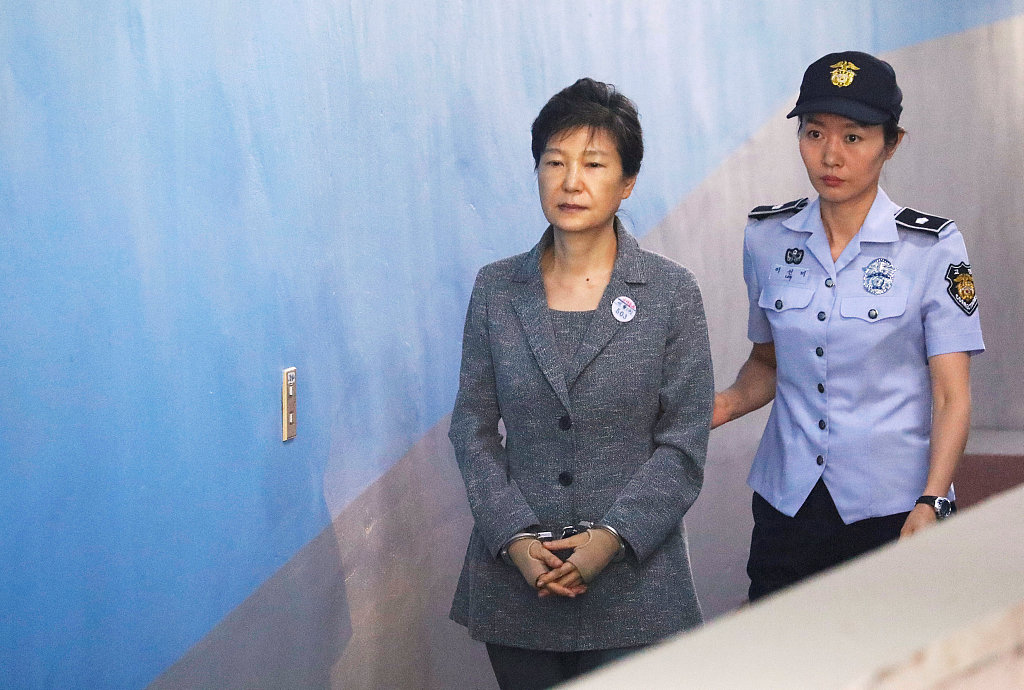 South Korea's top court on Thursday set aside former president Park Geun-hye's convictions in the sprawling scandal that saw her ousted from power and ordered the case to be heard again.

Park was convicted in April last year on bribery and abuse of power charges and sentenced to 24 years, later extended for an additional 12 months.

But the Supreme Court ruled that separate verdicts should have been reached on the bribery counts.

"We send the case back to the Seoul High Court," said chief justice Kim Myeong-su.

Park, now 67, boycotted most of the proceedings in protest at being held in custody.

Ultimately she was convicted in April 2018 of receiving or demanding more than $20 million from conglomerates, sharing secret state documents, "blacklisting" artists critical of her policies, and firing officials who resisted her abuses of power.

South Korean media warned that Thursday's ruling might not work out in her favour, as if she is convicted again in two separate verdicts she could face a longer total sentence in total.

The daughter of assassinated dictator Park Chung-hee, Park took office in 2013 as a conservative icon who cast herself in the role of daughter of the nation -- incorruptible and beholden to none.

Less than four years later she had been impeached, stripped of all her powers and ousted from office on the back of months-long mass protests that brought millions onto the streets across the country.

Her left-leaning successor Moon Jae-in was swept to power by the public backlash against her and her conservative party.