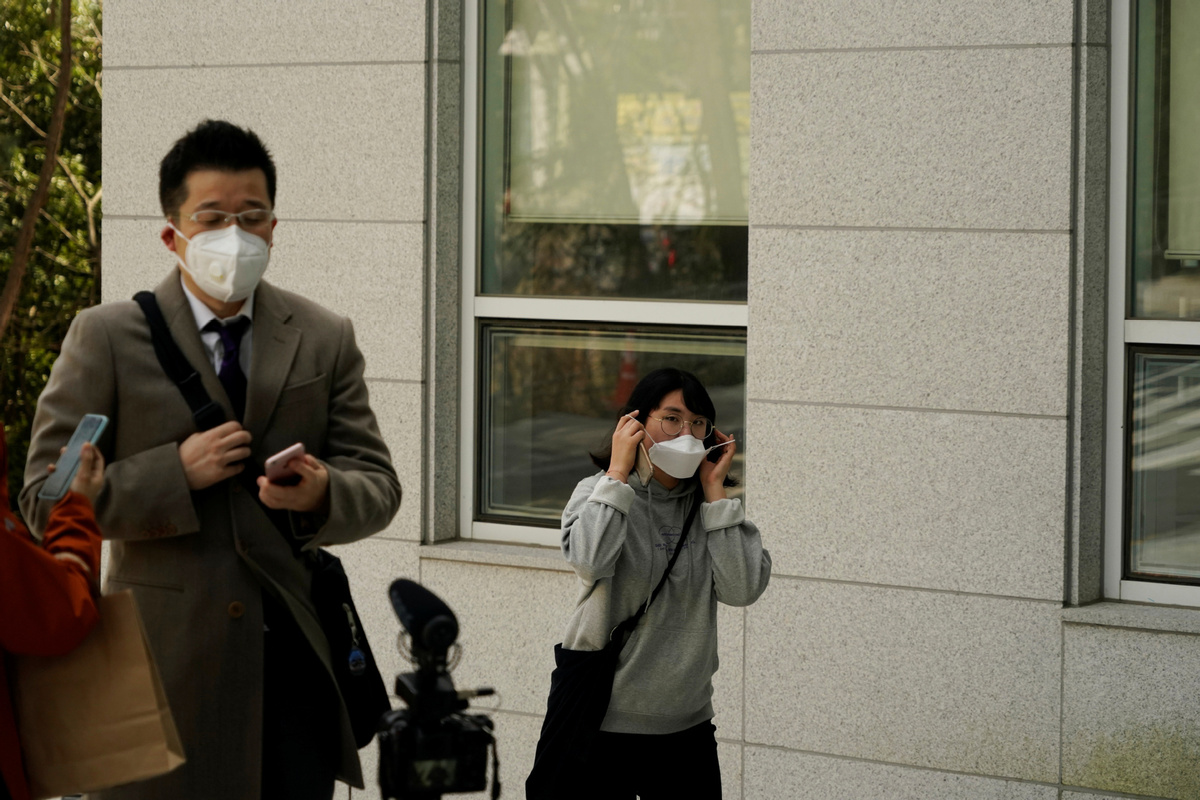 A student wearing a mask to prevent contracting the coronavirus walks past a professor of Pusan National University in Busan, South Korea, March 30, 2020. [Photo/Agencies]

SEOUL - South Korea decided Tuesday to begin this year's new school year with online classes from April 9 in a gradual manner amid lingering concerns about the COVID-19 outbreak.

South Korean Prime Minister Chung Sye-kyun told a government meeting to discuss measures over the COVID-19 outbreak that the new school year will start with online classes gradually from April 9 as an unlimited delay cannot be an option given the number of annual school days and the schedule of college entrance exam.

Chung said it would be hard to secure the safety of children at schools as not a few infections are still found, noting that concerns remained about the school infections spreading to households and local communities.

In the latest tally, South Korea reported 125 more cases for the past 24 hours, raising the total reading to 9,786.

It would be the first time that the country began a new school year with online classes for about 5.4-million primary and secondary school students.

The opening of preschools will be indefinitely delayed, according to the ministry. The new school year here usually starts in early March, but the government postponed it three times by five weeks to April 6.

Because of the rescheduled school openings, the annual college entrance exam will be postponed by two weeks to Dec 3.