South Korean health authorities said on Thursday they would revise their practice of publicizing the travel routes of coronavirus patients due to fears of a backlash against people who attended nightclubs at the center of a new outbreak. 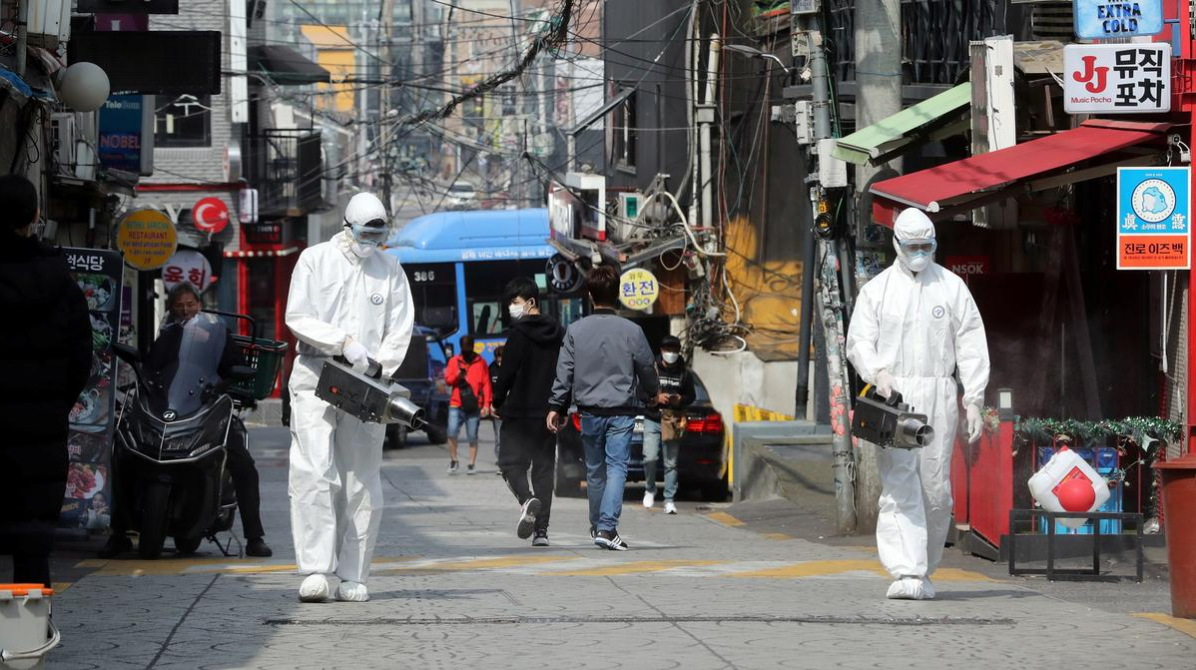 After weeks of nearly no new domestic coronavirus cases, South Korea has seen a new spike in infections centered around nightclubs and bars in some of Seoul's most popular nightlife neighborhoods.

South Korea reported 29 more cases and one more death due to COVID-19 over the past 24 hours. This raises the total number of infections in the country to 10,991 and death toll to 260, according to the Korea Center for Disease Control and Prevention (KCDC).

The daily caseload has hovered around 30 for five straight days. The cluster infection found from clubs and bars in the multicultural neighborhood of Itaewon in Seoul has reported a total of 133 cases, forming the second-largest cluster infection in the capital.

In one case, a young man who visited a club is accused of not disclosing his work at a school in the nearby city of Incheon.

After officials used cellphone data to discover his workplace, they confirmed at least 11 related infections, including among the man's students.

That case has also led to 1,700 people in Incheon being tested and quarantined after some of the students went to church on Sunday.

The cluster of infections in Itaewon and other nightlife spots came as the country was easing social distancing guidelines, and the cases led to public criticism of both the clubgoers as well as health officials who allowed the clubs to reopen.

"I think the authorities missed these venues," said Mr. Kim Dong-hyun, president of Korean Society of Epidemiology. "They had grounds to suspend operations of the facilities earlier, but it's unclear why they didn't."

South Korean media reported that some of the restaurants and other businesses in Itaewon have had to stop trading for the first time in 20 years, and some taxi drivers are refusing to take passengers to or from the neighborhood. 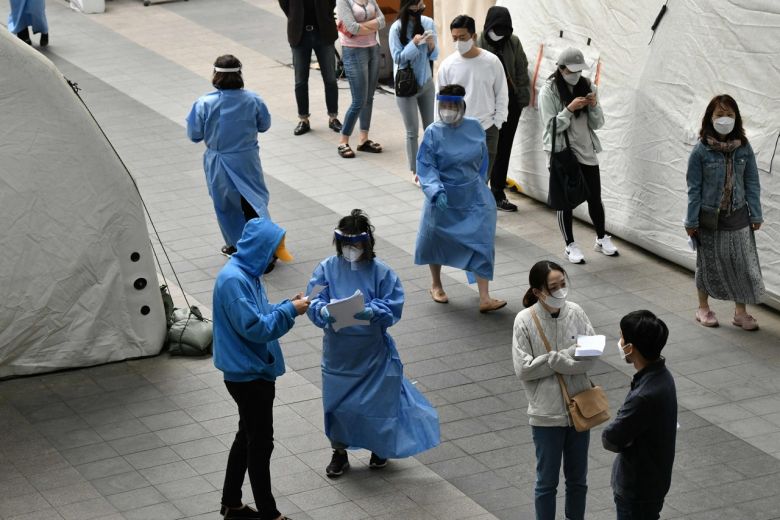 Medical staff members guide visitors at a virus testing station in Itaewon, Seoul, on May 12, 2020. /AFP

Investigators have struggled to find around 2,000 people wanted for testing, an effort complicated by public criticism of the clubgoers, as well as concerns about discrimination as several of the clubs cater to members of the lesbian, gay, bisexual, transgender and queer (LGBTQ) community.

While clubs and bars were required to log the names and contact phone numbers for all visitors as a condition of reopening, much of the information turned out to be incomplete or false, officials said.

That has left officials combing through cellphone location data and CCTV footage to try to identify some customers, while publicly pleading for people to come forward and be tested.

Officials say they understand some individuals may fear social stigmatization, and have promised to try to reduce the amount of information usually released about confirmed patients.

South Korea has typically released information like a patient's age, gender, and places visited immediately before testing positive, as well as in some cases, patients' last names and general occupations.

"The health and quarantine authorities have expanded anonymous testing nationwide to prevent unnecessary violations of privacy," Health Vice-Minister Kim Gang-lip said at a meeting of health authorities on Thursday, according to his office.

"In addition, we plan to revise the guidelines to prevent excessive disclosure of a patient's travel itinerary."

People who ignore calls to be tested can face a fine of up to 2 million won (2,316 U.S. dollars), health ministry official Yoon Tae-ho told a briefing.