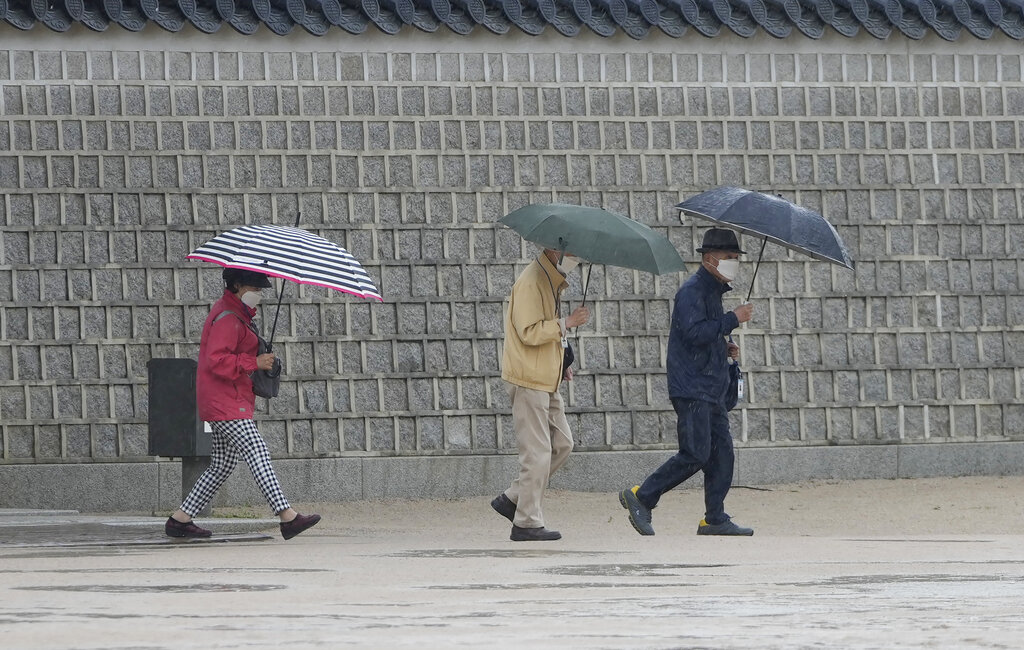 Visitors wearing face masks as a precaution against the coronavirus walk in the rain at the Gyeongbok Palace, one of South Korea's well-known landmarks in Seoul, South Korea on May 28, 2021. (Photo: AP)

Under the country's five-tier social-distancing guidelines, the third-highest Level 2 will be kept in place until July 4 in the capital Seoul and its surrounding Gyeonggi province, with the Level 1.5 to be placed in other areas, according to the health authorities.

The ban on any gathering of five or more people will be maintained across the country for three more weeks.

The tough social-distancing rules were extended seven times since Feb. 15 amid lingering worry about small cluster infections especially in the capital area.

In the latest tally, South Korea reported 556 more cases of COVID-19 for the past 24 hours, raising the total number of infections to 146,859. The daily average caseload for the past week was 573.

Of the new cases, 201 were Seoul residents and 172 were people residing in Gyeonggi province. 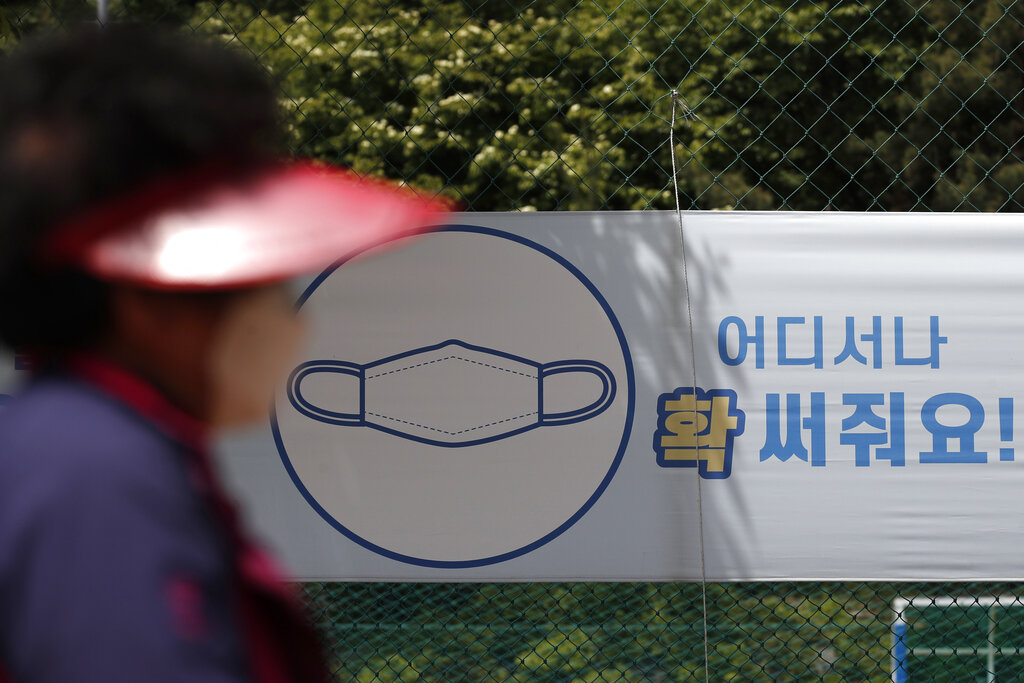 A woman wearing a face mask as a precaution against the coronavirus walks near a banner at a park in Seoul, South Korea on May 11, 2021. (Photo: AP)

The opening hours for multi-use facilities, such as restaurants, cafes, indoor sports facilities and karaoke rooms, are shortened to until 10:00 p.m. in the capital area, while no restriction is imposed elsewhere.

Under the Level 2 guidelines, sports events are allowed to sell up to 30 percent of the combined tickets. It was up from 10 percent under the previous Level 2 rules.

Concert halls can sell as many as 4,000 tickets, higher than the previous 100.

The maximum number of attendees for wedding and funeral ceremonies is 100 under the Level 2, and the public bathhouse is allowed to open until 10:00 p.m.