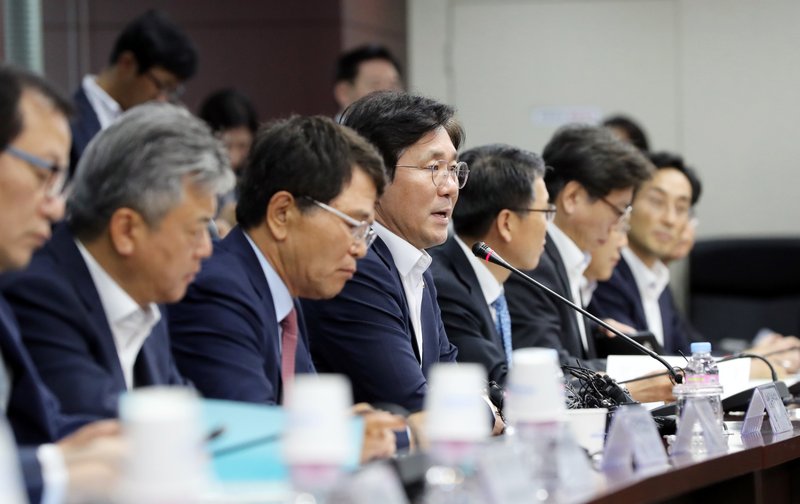 Sung expressed a deep regret over Japan's export curbs, which he called an economic retaliation over the South Korean top court's rulings over some Japanese companies to compensate the South Korean victims of forced labor during World War II.

Japan announced its plan earlier in the day to impose export restrictions from Thursday on three materials necessary to manufacture semiconductors and display panels, which are vital to South Korea's tech industry.

A Seoul appellate court passed a similar judgement last week, upholding the lower court's order to the Japanese steelmaker to pay compensation to the family members of seven South Korean forced labor victims who already passed away because of old age during the trial for the past six years.