SEOUL, Nov. 6 (Xinhua) -- South Korea planned to reduce the number of troops to 500,000 by 2022 as part of efforts to tackle a demographic change, the Ministry of Economy and Finance said Wednesday. 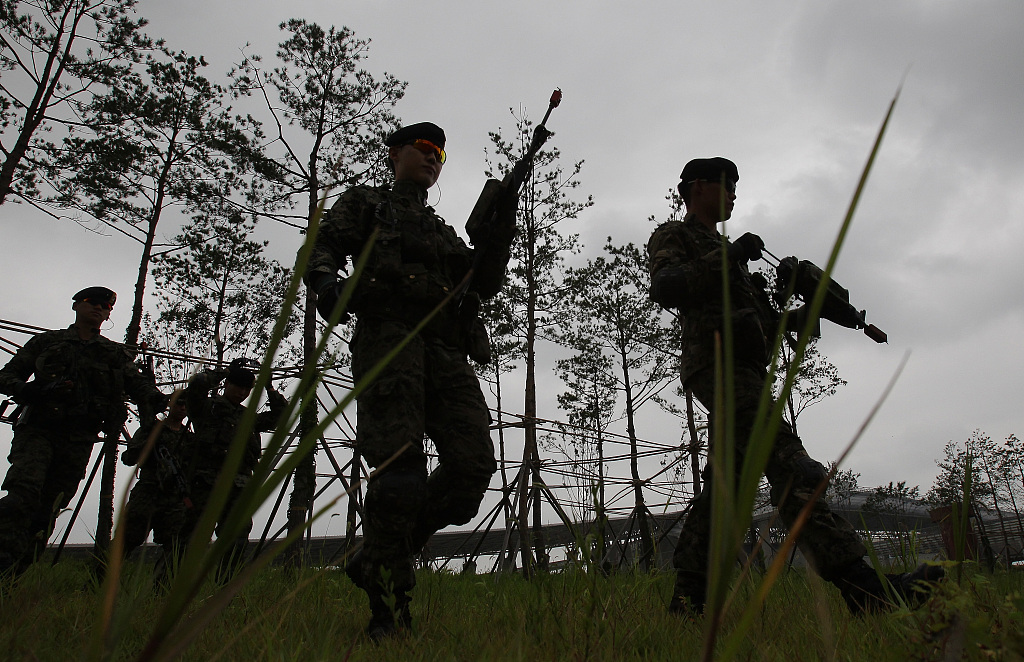 The ministry said in a statement that the number of soldiers will be decreased to about 500,000 by 2022 to prepare for the change in modern warfare and the falling number of those capable of serving in the military.

Instead of the scaled-down troops, the military planned to focus on a science and technology-based strategy using weaponized drones, reconnaissance satellites and unnamed aircraft.

The move came amid the ongoing demographic change, caused by the aging population and the low birth rate.

The total fertility rate, which gauges an average number of children a woman bears during her lifetime, reached a record low of 0.98 in 2018, lower than the replacement level of 2.1 required to keep the country's population at the current 51 million.

The country's population was expected to reduce to 39 million in 2067, according to Statistics Korea estimates.