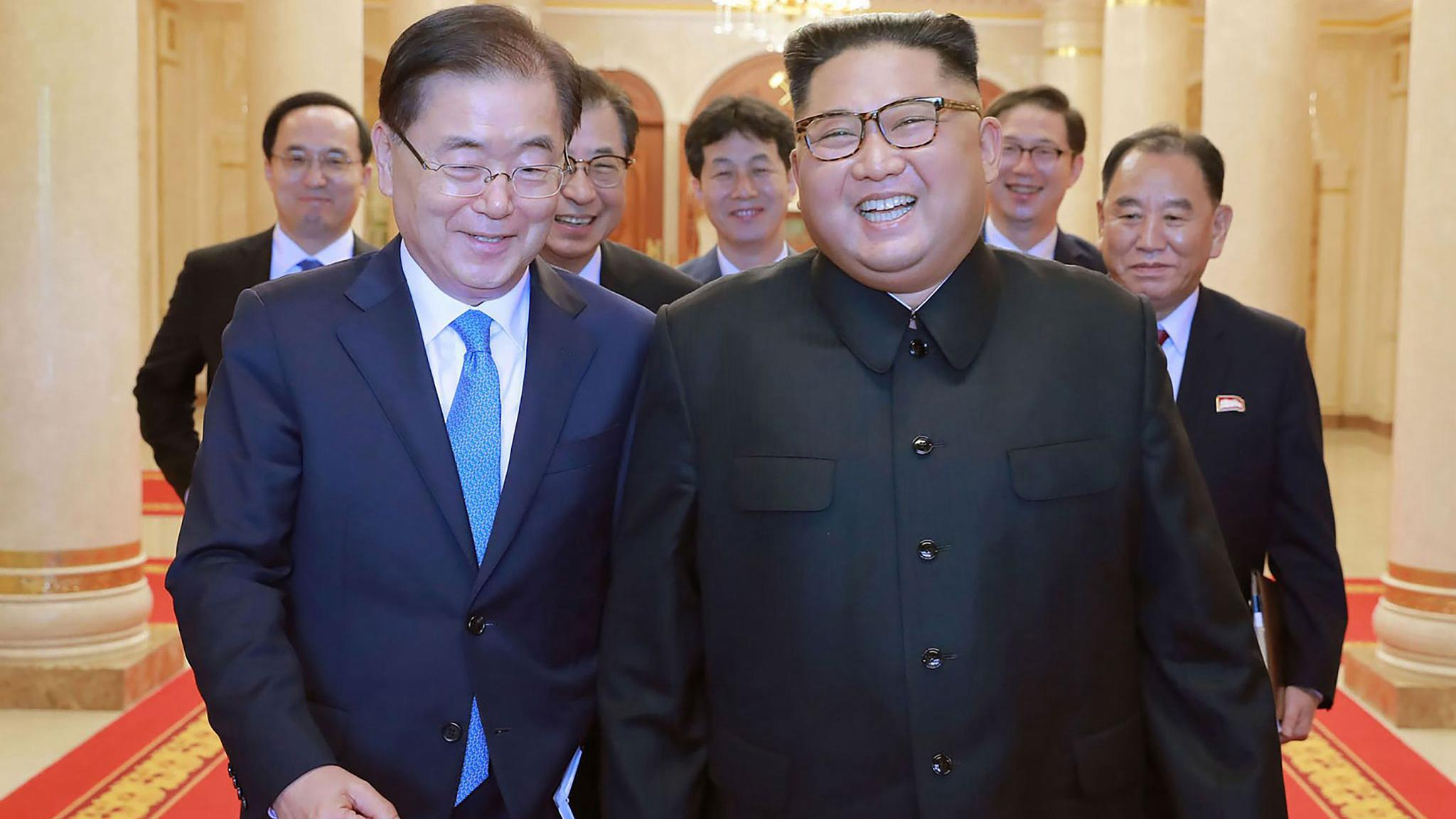 Republic of Korea (ROK) President Moon Jae-in decided Friday to send his top security officials to China and Japan to explain the outcome of a visit by the country's special envoys to the Democratic People's Republic of Korea (DPRK) earlier this week.

Suh Hoon, chief of the National Intelligence Service, the country's spy agency, will travel to Japan Monday as a presidential special envoy to brief Japanese Prime Minister Shinzo Abe on the outcome of the DPRK visit.

During the meeting with the special envoys, Kim reconfirmed his firm commitment to the complete denuclearization of the Korean Peninsula, expressing his hope of realizing denuclearization and improving DPRK-US relations within US President Donald Trump's tenure.

The Blue House spokesman said the Moon government planned to submit a bill to ratify the Panmunjom Declaration, which the current leaders of the two countries signed after their first summit in April, to the National Assembly after approving it at the cabinet meeting on Tuesday.

The estimated costs to implement the declaration will be submitted together next week, the spokesman said.

Under the declaration, the two countries agreed to completely denuclearize the peninsula, stop all hostile acts toward each other and increase inter-Korean exchange and cooperation.

President Moon asked the unicameral parliament to ratify the declaration to push for the inter-Korean cooperation regardless of political situations in the ROK.

Moon and Kim agreed to hold their third summit in Pyongyang from September 18-20. It will be the third trip by a ROK president to the DPRK capital city.

The first and second inter-Korean summits were both held in Pyongyang, in 2000 and 2007.