WORLD S. Korea to step out of G7 statement with possible anti-China content

S. Korea to step out of G7 statement with possible anti-China content 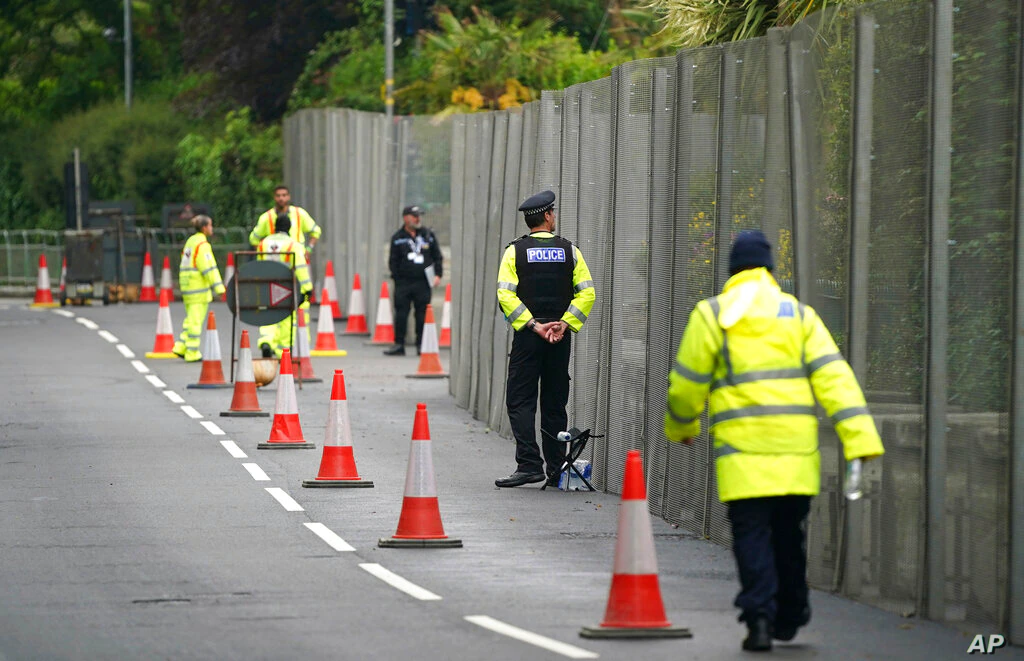 Police officers stand guard outside a security gate around Tregenna Castle in Carbis Bay, Cornwall, England, June 9, 2021. Leaders of the G7 nations will meet this weekend in Britain. (Photo: AP)

South Korea said Wednesday that as an invited nation, it will not be part of a G7 joint statement, which is assumed to include content targeting and pressuring China.

As the US has been seeking to rally its allies to take a harder stance against China, South Korea's Blue House spokesperson said in a news briefing on Wednesday that the G7 joint statement will be an official document enacted by G7 member states, and invited nations will not participate in it, South Korean media Kyunghyang Shinmun reported.

While there have been media reports saying US President Joe Biden is seeking to rally solidarity to pressure China at the meeting, experts believe it is crucial for South Korean President Moon Jae-in to strike a balance between the US and China.

China has expressed disappointment over a joint statement issued by leaders from the US and South Korea last month which expressed so-called concerns over the situations in the South China Sea and the Taiwan Straits.

In addition to the seven G7 member states, host country UK also invited South Korea, India, Australia and South Africa to attend this year's meeting. South Korea has been invited for two years in a row, but it will be Moon's first G7 summit as last year's event was canceled due to the pandemic.

Also on Wednesday, South Korean Foreign Minister Chung Eui-yong said in a phone call with Chinese State Councilor and Foreign Minister Wang Yi that as a close neighbor, South Korea attaches great importance to the development of the South Korea-China strategic partnership, adheres to the one-China principle, and fully recognizes the sensitivity of cross-Taiwan Straits relations.

Wang reminded Chung that the US' "Indo-Pacific strategy" is the result of a Cold War mentality and aims to provoke group confrontation, adding that as friendly neighbors and strategic partners, China and South Korea should abide by their political consensus.

Minister Chung voiced hope for the stable development of relations between the US and China in the phone call, Yonhap reported.