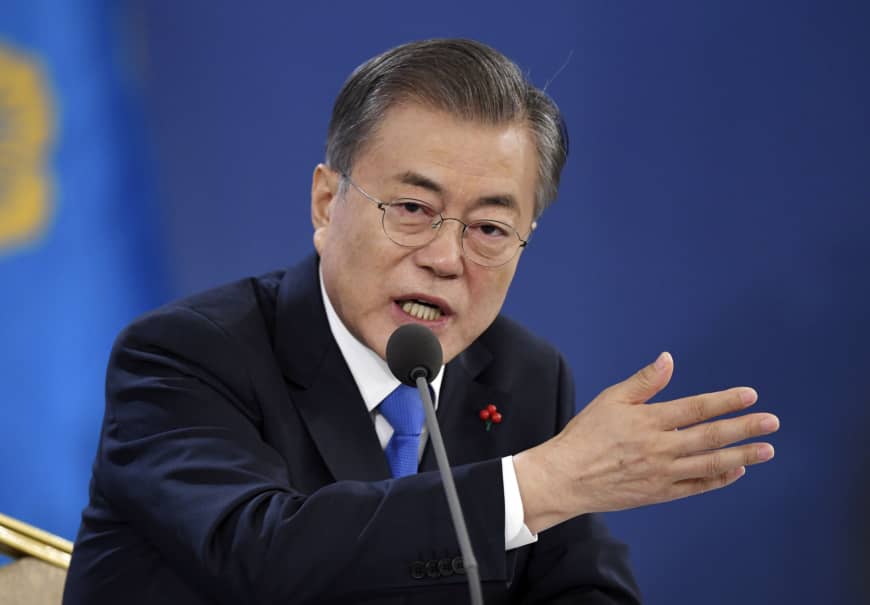 SEOUL, Oct. 28 (Xinhua) -- South Korean President Moon Jae-in said on Monday that his government will support the artificial intelligence (AI) industry as one of the country's new growth engines in the fourth industrial revolution era.

"Artificial intelligence is approaching us as a 'new civilization' beyond the advance of science and technology," Moon said in an annual industrial conference on software and the AI called Developer's View, or Deview, according to the presidential Blue House.

Moon vowed to create a marketplace, in which AI developers can make their imaginations come true by moderating regulations and boldly breaking down "walls" that block a broad range of cooperation between scientists, technicians, artists and students.

The president said the government will provide a financial support for the AI sector, noting that it already earmarked 1.7 trillion won (1.4 billion U.S. dollars) to next year's budget for data, network and AI sectors. It was up 50 percent from this year's budget.
He noted that the financial support would be concentrated on start-ups, which will determine the AI future, and the government will offer support to let AI developers make profit.

The AI was picked as one of the country's new growth engines that can create synergy with its advanced information and communications technology (ICT) sector.