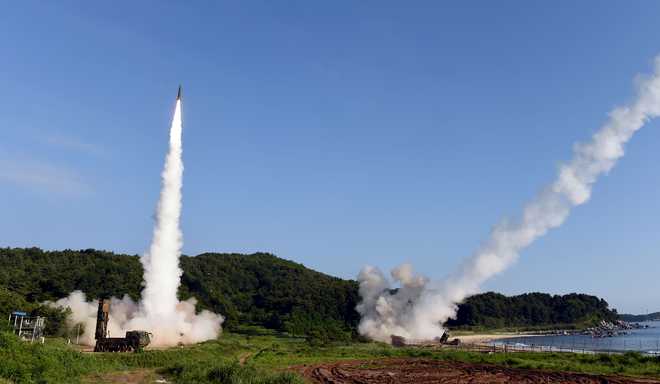 The trilateral military drill, which would last from Monday to Tuesday, was aimed to detect and track ballistic missiles possibly from the DPRK. The exercise does not involve a stage to destroy the detected missile.

The battleships would conduct a computer simulation to detect and trail ballistic missiles via respective radars, and exchange intelligence with each other.

The joint drill followed the DPRK's test-launch on Nov. 29 of Hwasong-15, which Pyongyang claimed to have been an intercontinental ballistic missile (ICBM) that can strike the U.S. mainland.

The trilateral missile-tracking drill was the sixth of its kind, after carrying out the three rounds earlier this year and the two rounds last year.