SEOUL, Aug. 5 (Xinhua) - The combined forces of South Korea and the United States "actually" began their joint annual military exercises on Monday amid the Democratic People's Republic of Korea (DPRK)'s harsh criticism against it, according to local media reports. 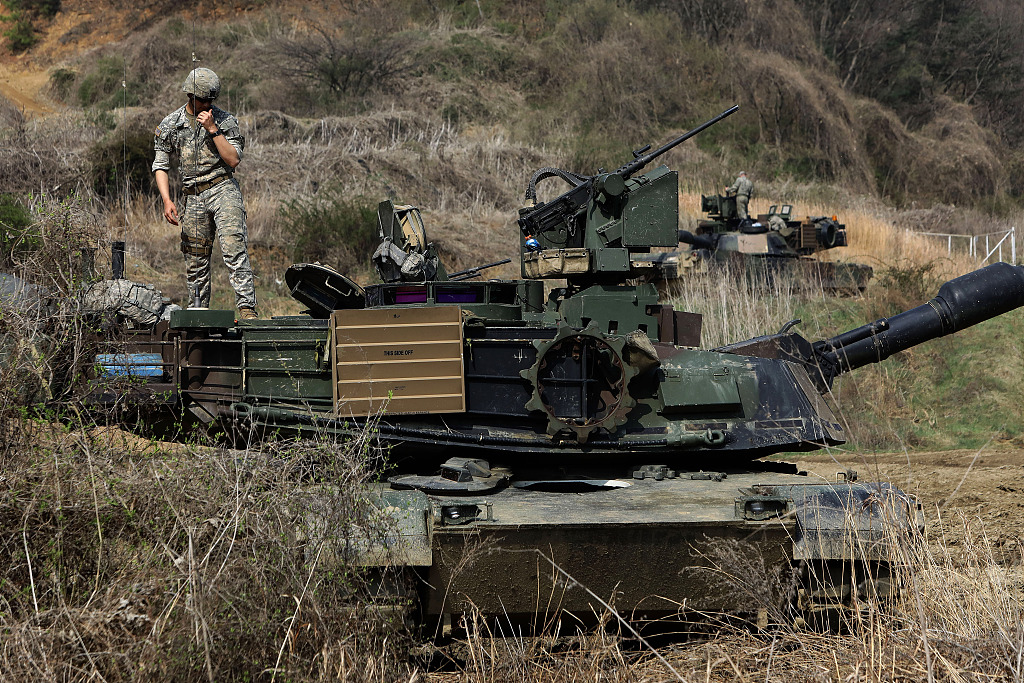 US soldiers prepare for a military exercise near the border between South and North Korea on April 15, 2017 in Paju, South Korea. (File photo: VCG)

The two allies "actually" launched the computer-simulated command post exercise (CPX), scheduled to last for about half a month, local broadcaster YTN reported.

South Korea's wartime operational command was handed over to the U.S.-led UN Command after the three-year Korean War broke out in 1950. Seoul regained its peacetime command in 1994.

Since then, the DPRK fired off four more short-range projectiles in just over a week.

An unnamed South Korean military official was quoted by Yonhap news agency as saying the drills, which began on Monday, would not be officially called the South Korea-U.S. joint military exercises, noting that the announcement on the joint military drills would be made later this week.