SEOUL, Aug. 18 (Xinhua) -- The combined forces of South Korea and the United States on Tuesday began their joint annual military exercises amid rising concerns about the recent resurgence of the COVID-19 infections, according to Yonhap news agency. 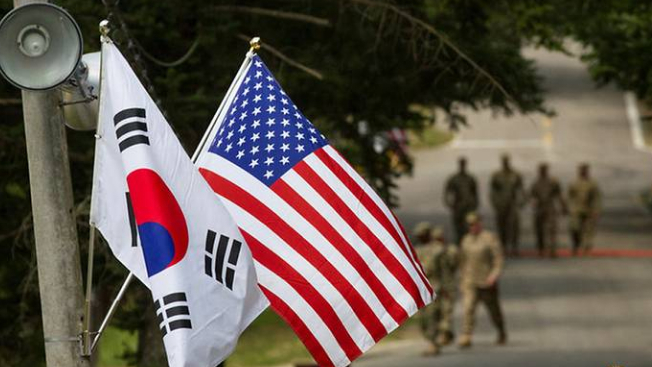 The computer-simulated Combined Command Post Training (CCPT), which kicked off Tuesday morning, is scheduled to last until Aug. 28. The first part, which focuses on defense, will continue until Saturday, while the second part for counterattack, will run until Aug. 28.

The summertime drill was originally slated to start on Sunday, but it was delayed after a South Korean army officer, who was to participate in the computer-simulated training, tested positive for COVID-19.

The number of newly confirmed COVID-19 cases here for the past five days totaled 991 owing to cluster infections linked to church services in Seoul and its surrounding Gyeonggi province.

Out of the virus concerns, the exercises will be scaled back while the nighttime training programs are to be skipped.

The springtime annual South Korea-U.S. military drills were also called off due to the COVID-19 pandemic.

The South Korean military planned to ban all service members from leaving barracks for vacation and other purposes from Wednesday to prevent the spread of the virus inside the bases. The ban will continue by the end of this month.