S.Korea, US to hold annual defense ministers' talks next week 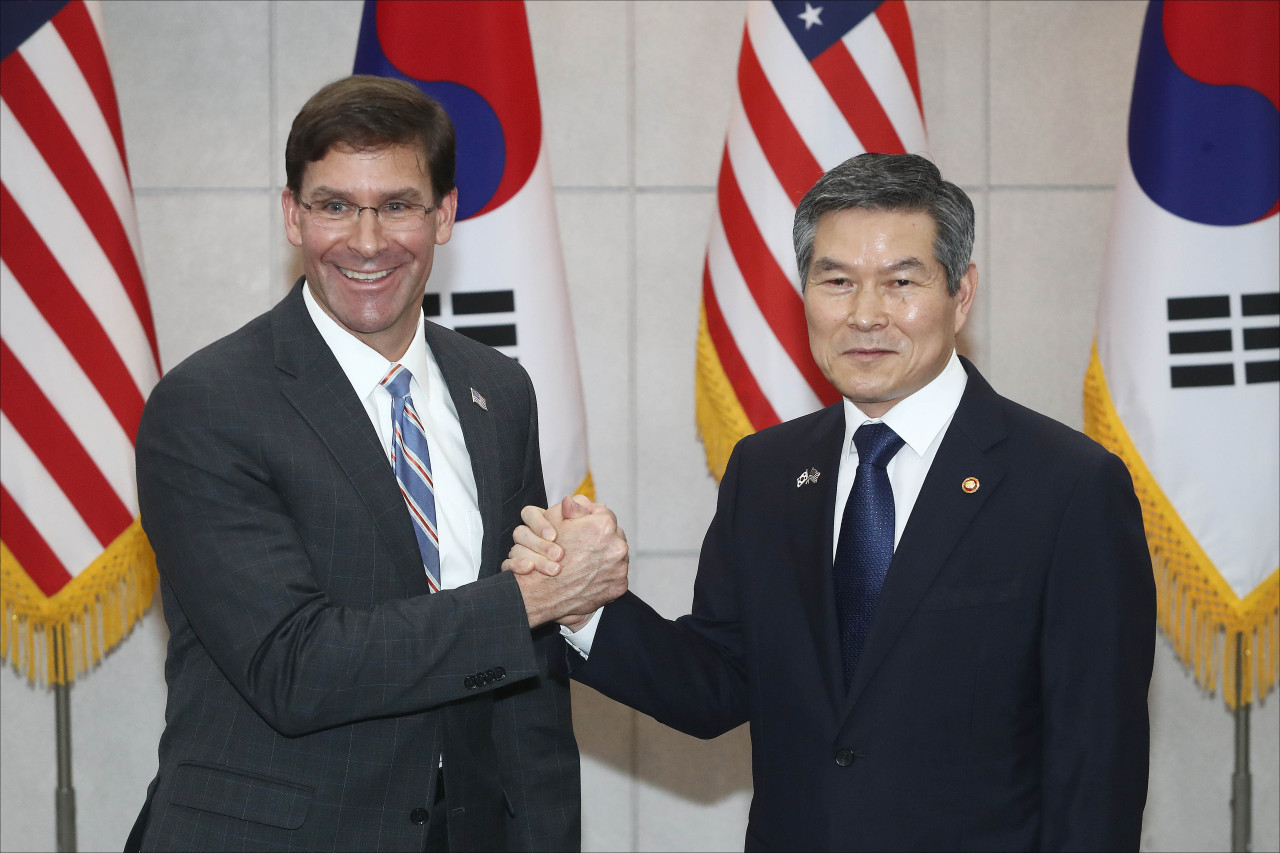 During the meeting, the ministers will discuss various security issues, including security situations on the Korean Peninsula, the conditions-based transfer of the wartime operational control of South Korean troops from Washington to Seoul, future security cooperation, and the relocation and return of U.S. military bases in South Korea.

The security meeting came ahead of the scheduled expiration on Nov. 23 of the military intelligence-sharing pact between South Korea and Japan, called the General Security of Military Information Agreement (GSOMIA).

South Korea decided in August to scrap the military accord in response to Japan's export curbs. The GSOMIA was signed by Seoul and Tokyo in November 2016 to share military intelligence on nuclear and missile programs of the Democratic People's Republic of Korea (DPRK).

In July, Japan tightened control over its export to South Korea of three materials vital to manufacture memory chips and display panels.

Japan's export restrictions came in an apparent protest against the South Korean top court's rulings that ordered some of Japanese companies to pay reparation to the South Korean victims who were forced into hard labor without pay during the 1910-45 Japanese colonization of the Korean Peninsula.