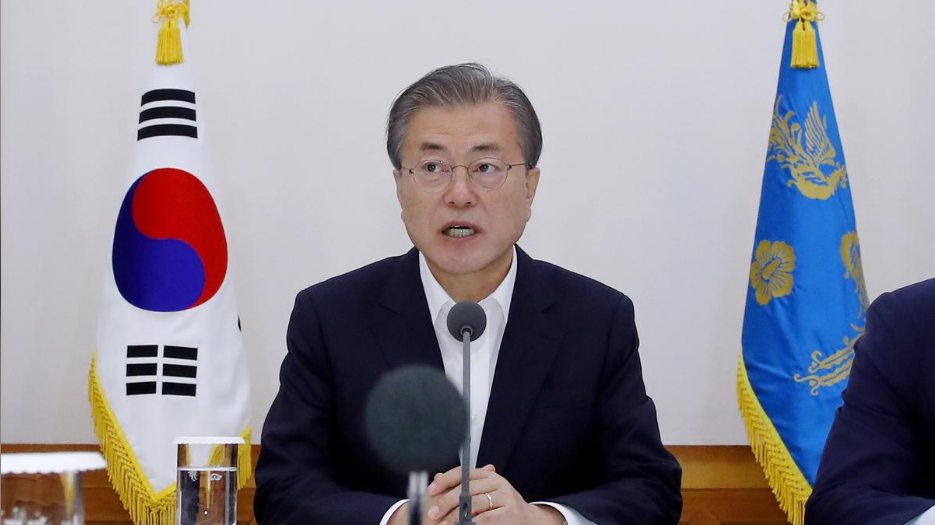 The novel coronavirus outbreak in South Korea is "very grave", President Moon Jae-in said Tuesday as he visited its epicentre, even as the country announced its smallest rise in cases for several days.

The Korea Centers for Disease Control and Prevention (KCDC) confirmed 60 new cases in its morning update -- after three days of triple-digit increases -- taking the tally to 893, the largest national total anywhere outside China.

More than 80 percent of the infections have been in South Korea's fourth-largest city Daegu and neighbouring North Gyeongsang province.

"The situation is very grave," President Moon Jae-in said on a visit to Daegu, wearing the uniform of a government emergency official and vowing full government support.

"We will achieve a victory in the fight against this virus," he added.

The streets of Daegu -- which has a population of 2.5 million -- have been largely deserted for days, apart from long queues at the few shops with masks for sale.

Authorities urged the public to exercise extra caution, advising citizens to stay home if they have a fever or respiratory symptoms.

South Korea's parliament cancelled sessions Tuesday as it closed for cleaning after confirmation a person with the coronavirus had attended a meeting last week.

And the US hinted at scaling back joint military exercises, with Defense Secretary Mark Esper telling reporters in Washington the two allies' militaries were "looking at scaling back the command post training due to concerns about the coronavirus".

The US Centers for Disease Control and Prevention advised travellers to "avoid all nonessential travel" to South Korea.

Hong Kong has said it will not allow arrivals from South Korea other than returning residents, while a Mongolian ban on flights to and from the South came into force Tuesday.