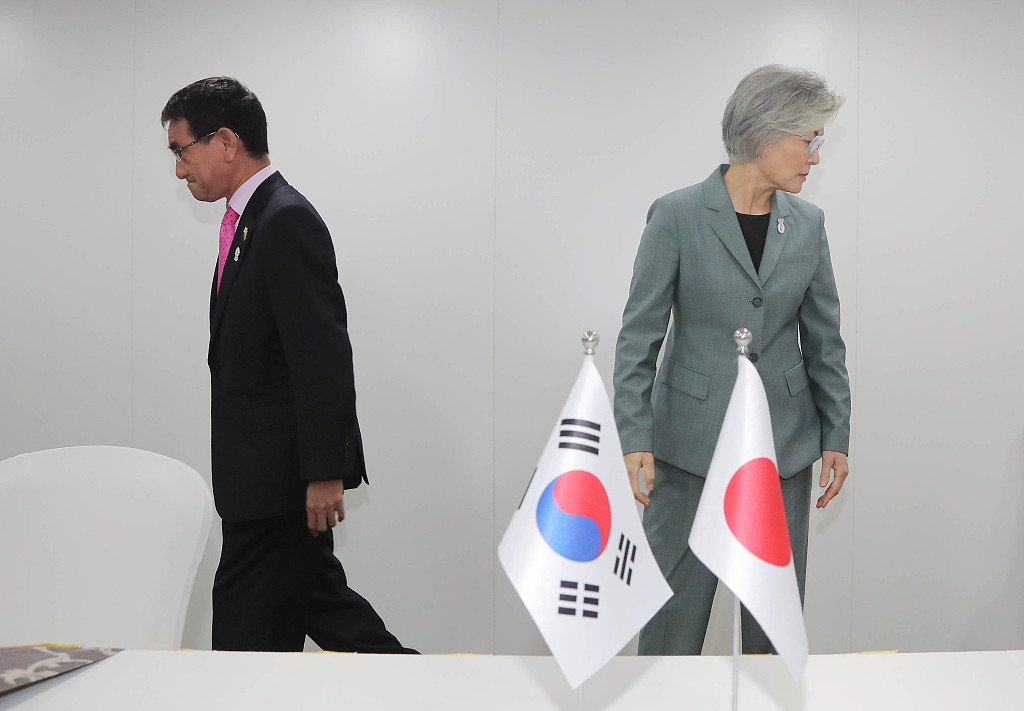 South Korea warned Japan on Thursday that it would be forced to review security cooperation between the two countries if Tokyo pushes ahead with plans to remove Seoul from its "white list" of trusted trade partners.

The squabble between the East Asian neighbours follows a decades-long quarrel over Japanese forced labour during World War II.

Tokyo has also said it will remove South Korea from its preferential trade status as early as Friday, a move that could affect hundreds of key items imported to the South and punch a hole in its economy.

Seoul's foreign minister Kang Kyung-wha met her Japanese counterpart Taro Kono on Thursday on the sidelines of a regional foreign ministers' meeting in Bangkok and urged Tokyo to walk back the move.

"I made clear the grave consequences it would have on our bilateral relations if the measure was imposed," she told reporters.

Kang warned the renewal of a military intelligence-sharing agreement between the countries could be jeopardised by any "white list" removal.

"I said that the security cooperation framework between South Korea and Japan may be affected," she added.

Japan's chief cabinet secretary Yoshihide Suga said on Wednesday that his side intended to press ahead with the move.

"This policy remains unchanged and we will calmly proceed with the formalities," he told reporters.