South Korean presidential Blue House on Saturday welcomed the second Kim-Trump summit, which the Democratic People's Republic of Korea (DPRK) and the United States agreed to hold in late February. 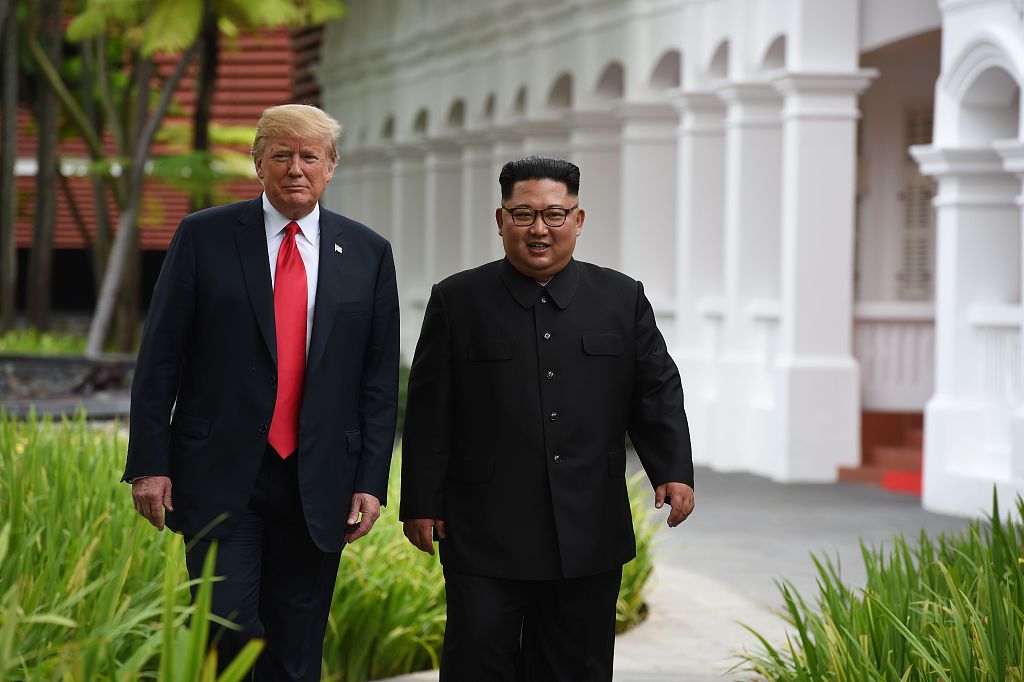 North Korea's leader Kim Jong Un walks with US President Donald Trump during a break in talks at their historic US-North Korea summit in Singapore, on June 12, 2018. (Photo: VCG)

Kim Eui-keum, spokesman for President Moon Jae-in, said in a statement that the upcoming DPRK-US summit was anticipated to be a turning point solidifying permanent peace on the Korean Peninsula.

Top DPRK leader Kim Jong Un and US President Donald Trump agreed to hold their second meeting in February, according to the White House. Kim and Trump had their first meeting in Singapore in June, 2018.

The Blue House spokesman said South Korea will cooperate with relevant countries, based on a close coordination between Seoul and Washington, to produce a substantive, detailed outcome for the complete denuclearization of the Korean Peninsula and the settlement of lasting peace through the second DPRK-US summit.

The spokesman said South Korea will play all roles to help the upcoming DPRK-US summit be held successfully in a close cooperation with the United States while expanding inter-Korean talks.