Seoul (People’s Daily) – As trade tensions escalate between South Korea and Japan, South Korean airlines have reduced the number of flights on some Japanese routes amid falling outbound travel demand. 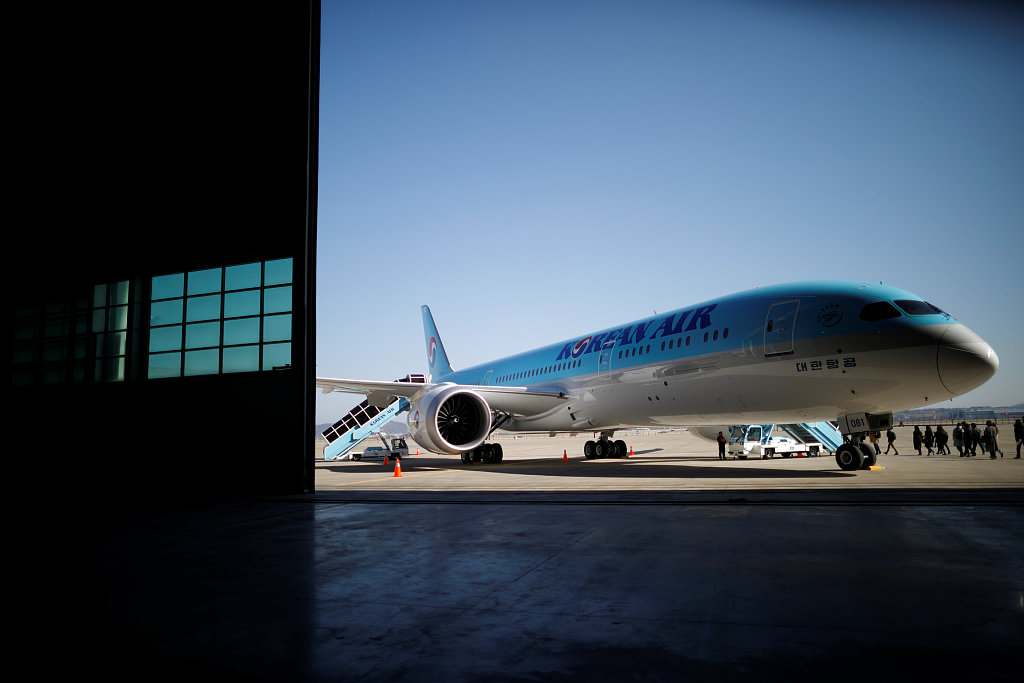 Asiana Airlines said on Tuesday it will reduce the number of flights starting mid-September on routes to Japanese destinations, such as Fukuoka, Osaka and Okinawa.

As an increasing number of South Koreans are expected to choose other countries instead of Japan for vacations, big and low-cost carriers in South Korea have announced reduced flights to less popular Japanese cities.

South Korea’s foreign ministry said on Tuesday that Japan is highly likely to pass a bill later this week to remove South Korea from its "whitelist" of trusted trade partners. This week is widely seen as a key week for the trend of relations between the two countries.

"The bill is expected to be passed at a Cabinet meeting and undergo procedures ... before it comes into effect in late August," the ministry said in a report submitted to the National Assembly, Yonhap News reported.

Diplomatic sources predict South Korea’s Foreign Minister Kang Kyung-wha and her Japanese counterpart Taro Kono could hold talks either on Aug 1 or 2, on the sidelines of the ASEAN Regional Forum in Thailand on Friday this week.

As Korea JoongAng Daily said in its editorial on Tuesday, nearly a month has passed since Japan embarked on economic retaliation for the Korean Supreme Court's rulings on wartime forced labor. In the meantime, the discord has deepened, as seen in Tokyo's refusal to negotiate and address Koreans' boycott of Japanese products. With both countries’ foreign ministers attending the Asean Regional Forum, if they have a bilateral meeting on the sidelines, that could offer a glimmer of hope in such a tense situation.