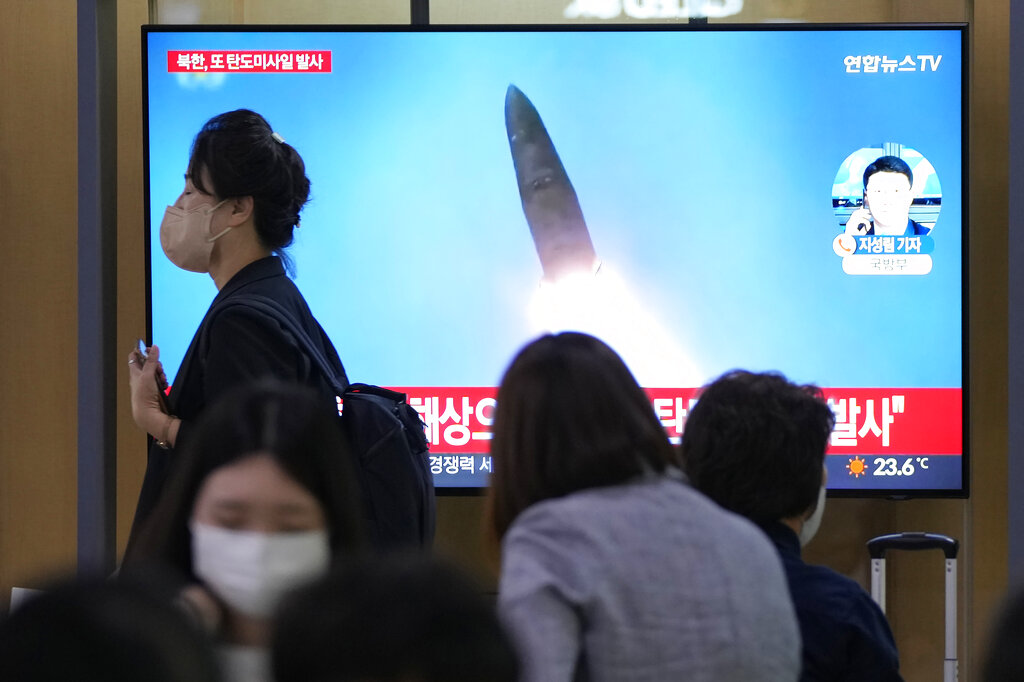 A TV screen shows a file image of a North Korean missile launch during a news program at the Seoul Railway Station in Seoul, South Korea, Wednesday, Sept. 28, 2022. (Photo: AP)

The JCS said in a statement that it detected two short-range ballistic missiles, launched by the DPRK from the Sunan area in Pyongyang between 6:45 a.m. and 7:03 a.m. local time into the eastern waters.

According to the South Korean military, in 2022 alone, the DPRK has test-fired ballistic missiles 20 times and cruise missiles twice.