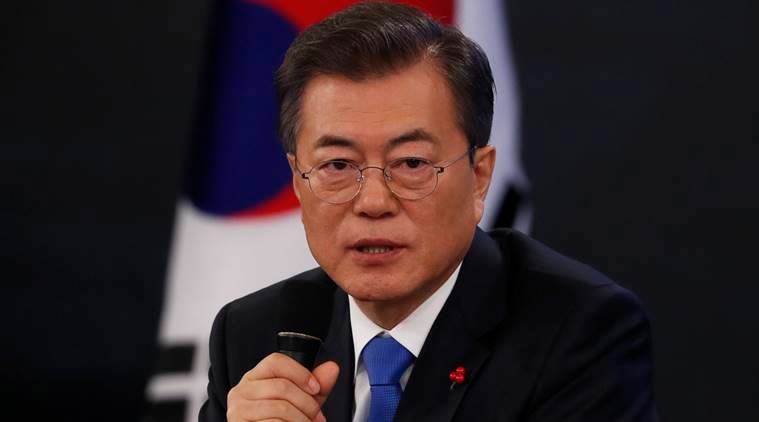 "Hoping that the international community views the issues surrounding the Korean Peninsula through the lens of more inclusive international cooperation, I propose today launching a Northeast Asia Cooperation Initiative for Infectious Disease Control and Public Health, whereby North Korea (DPRK) participates as a member along with China, Japan, Mongolia and the Republic of Korea," Moon said at the 75th Session of United Nations General Assembly (UNGA).

During an enlarged politburo meeting at the end of August, DPRK leader Kim Jong Un called on all officials of the governing party, public security and defense organs to take intense anti-COVID-19 measures and thoroughly maintain a perfect anti-epidemic posture.

Moon also asked for the support of the UN and the international community for an end-of-war declaration on the Korean Peninsula.

"This year marks the 70th anniversary of the outbreak of the Korean War. Time has come to remove the tragedy lingering on the Korean Peninsula. The War must end, completely and for good," said Moon.

Peace on the Korean Peninsula is still in the making and changes that used to be brimming with hope have stalled, he added.

Meanwhile, U.S. President Donald Trump left out the DPRK in his address to the UNGA on Tuesday, marking the first time he has not mentioned the state in his four UN speeches.

Last year at the UNGA, he urged the DPRK to denuclearize, saying the country will have limitless potential to develop and prosper once it does.

Denuclearization talks between the DPRK and the U.S. have been stalled since the second summit between top leader Kim and Trump ended without an agreement in February last year in the Vietnamese capital Hanoi.

The top nuclear envoys of South Korea and the U.S. held phone talks on September 2 over issues relating to the Korean Peninsula in which they discussed how to create conditions and push for complete denuclearization and a peace settlement.