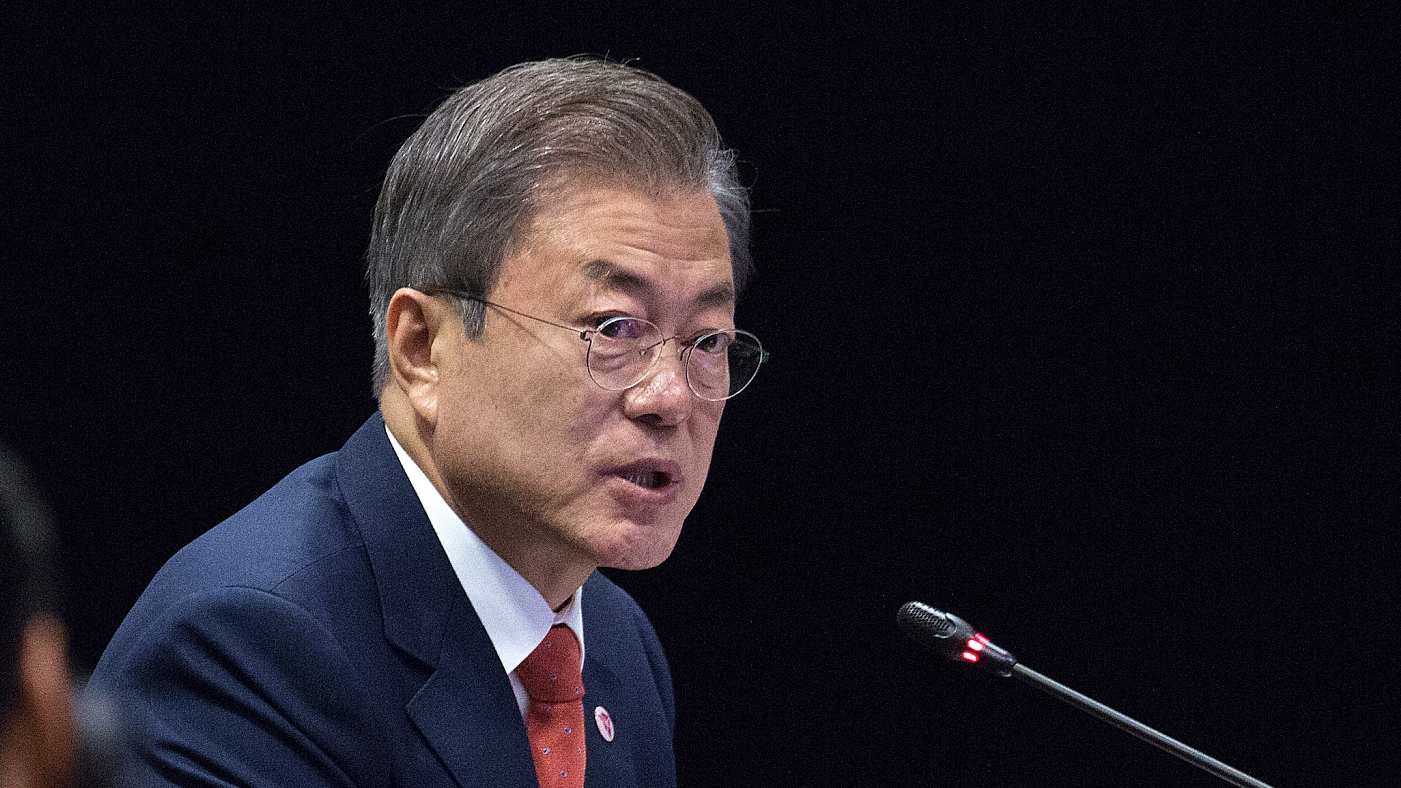 The negative assessment on Moon's conduct of state affairs gained 2.3 percentage points to 53.3 percent, according to the Realmeter survey.

The main conservative opposition People Power Party garnered 29.5 percent of support this week, up 2.2 percentage points from the previous week.

The results were based on a poll of 1,506 voters conducted from Monday to Wednesday. It had plus and minus 2.5 percentage points in margin of error with a 95-percent confidence level.