South Korean President Moon Jae-in's approval rating fell this week to the lowest since he took office in May last year, a weekly poll showed Thursday. 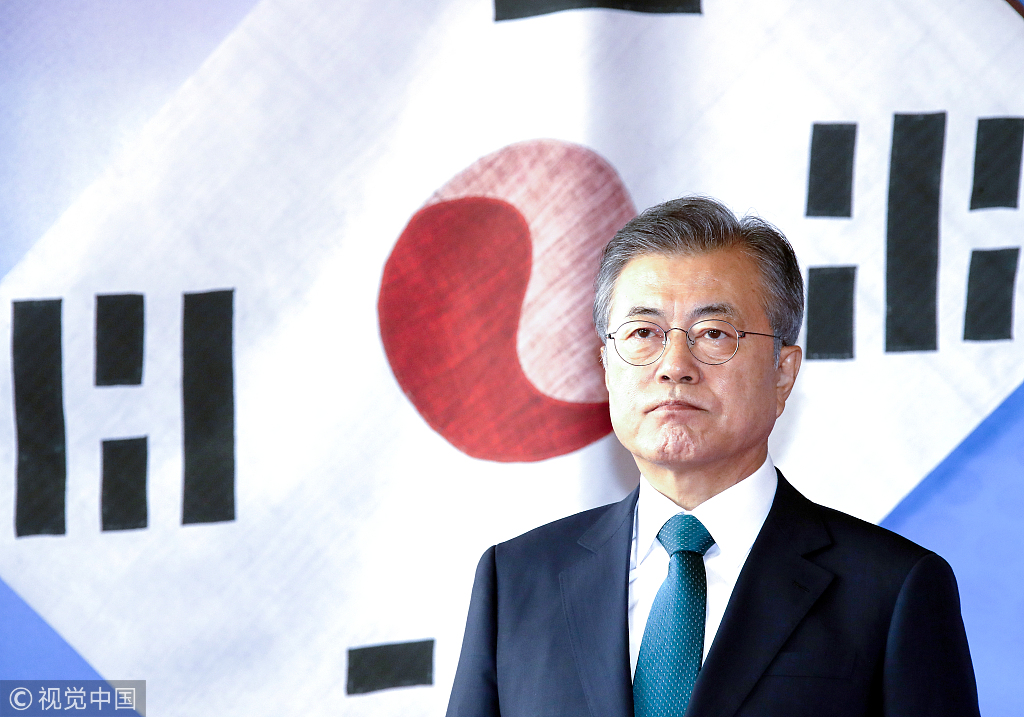 According to the Realmeter survey, support for Moon declined 2.5 percentage points over the week to 55.6 percent this week. It marked the lowest support scores for Moon.

The result was based on a poll of 1,005 voters conducted from Monday to Tuesday. It had 3.1 percentage points in margin of error with a 95 percent confidence level.

Moon's approval rating kept falling recently amid the signs of division in the ruling Democratic Party.

An Hee-Jung, the former governor of South Chungcheong province and a former presidential potential of the ruling party, was acquitted of sexual assault, but it raised distrust for the government and the governing party, the pollster said.

Support for the Democratic Party dipped 3.6 percentage points to 37.0 percent this week as liberal voters turned their back on the ruling party.

It marked the first time that the governing party's support scores fell below 40 percent since the presidential election was held in May last year.

Approval rating for the main conservative opposition Liberty Korea Party rose for two straight weeks to 20.1 percent this week due to growing support for voters aged 60 or higher.

It was followed by the minor progressive Justice Party with 13.3 percent in support rating and the minor conservative Bareun Future Party with 7.7 percent. The center-leftist Party for Democracy and Peace won 2.7 percent of support.