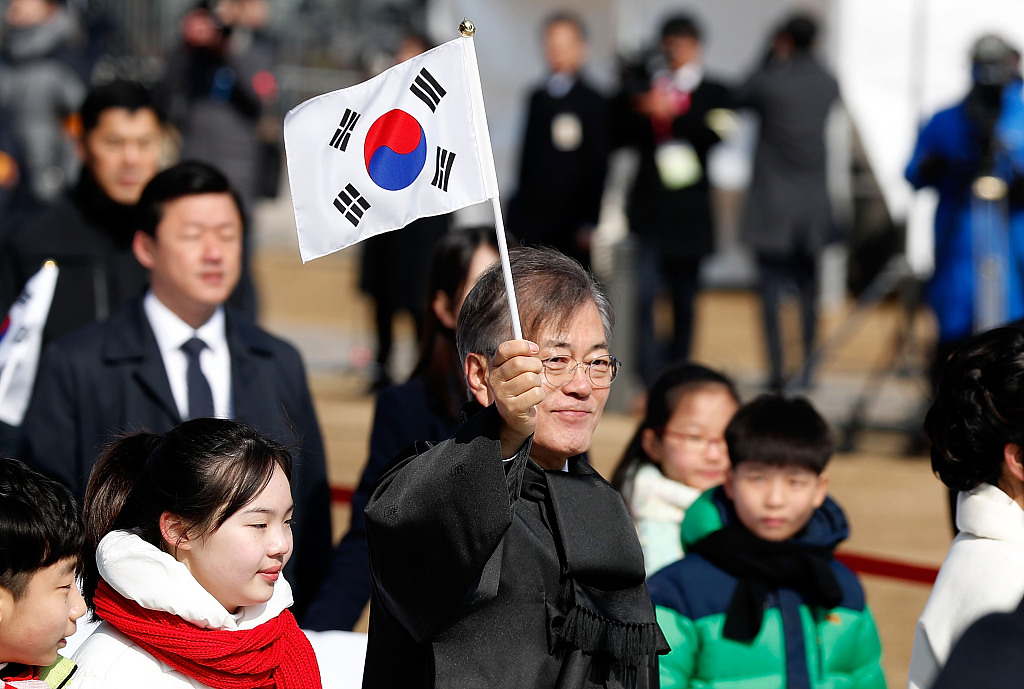 According to the Realmeter survey, support for Moon fell 1.2 percentage points over the week to 52.5 percent this week, the lowest since the president was inaugurated in May last year.

Moon's approval score kept falling for eight straight weeks, after peaking at 65.3 percent thanks to a positive effect from his third summit in September with Kim Jong Un, top leader of the Democratic People's Republic of Korea.

The continued decline was mainly attributable to the weakening economic indicators. Moon advocated a policy of inclusive growth to narrow income disparity by increasing income of the low-income bracket.

According to Statistics Korea, income gap widened further in the third quarter as earnings of the bottom 20 percent fell for three straight quarters while income of the top 20 percent kept growing for 11 quarters in a row.

The result was based on a poll of 1,505 voters from Monday to Wednesday. It had 2.5 percentage points in margin of error with a 95 percent confidence level.

Support for the ruling Democratic Party dipped 0.7 percentage points over the week to 39.8 percent this week. The support score fell below 40 percent in about four months.

The main conservative opposition Liberty Korea Party garnered 22.6 percent of support this week, up 0.9 percentage points from the previous week.

It was followed by the minor progressive Justice Party with 8.7 percent. The minor conservative Bareun Future Party and the center-left Party for Democracy and Peace won 4.9 percent and 2.1 percent each.