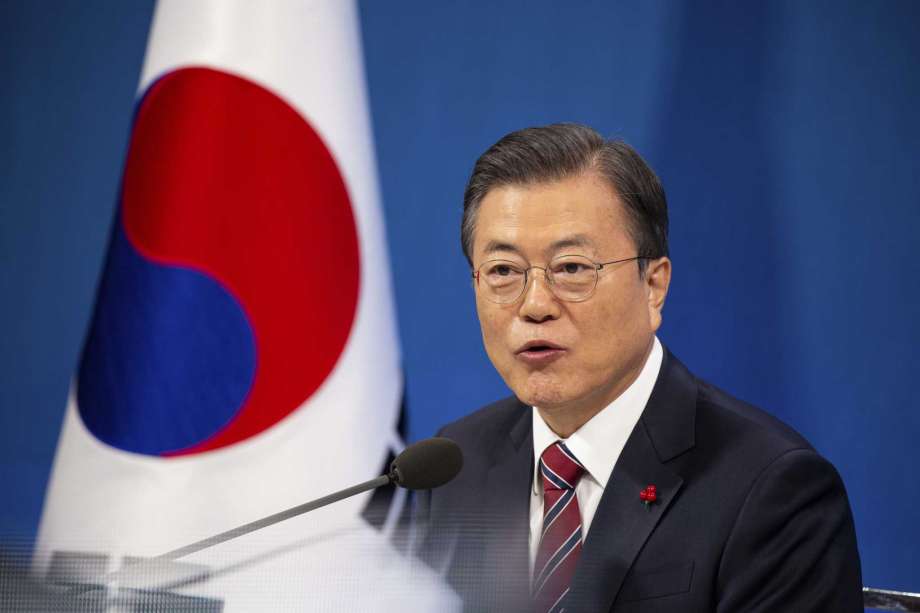 The negative assessment on Moon's conduct of state affairs slipped 4.7 percentage points to 56.3 percent, according to the Realmeter survey.

The result was based on a survey of 2,512 voters conducted from last Monday to Friday. It had plus and minus 2.0 percentage points in margin of error with a 95-percent confidence level.