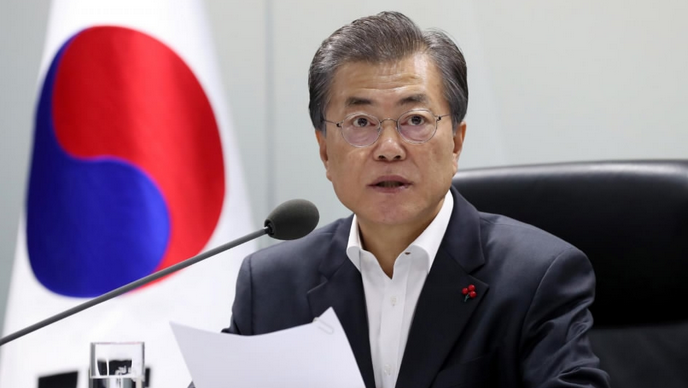 According to the Realmeter survey, support for Moon rose 1.2 percentage points from the previous week to 45.6 percent this week. It marked the first turnaround since the third week of May.

It was followed by the minor progressive Justice Party with 4.5 percent of support, the center-left Open Democratic Party with 3.9 percent, and the centrist People's Party with 3.4 percent.

The results were based on a survey of 1,511 voters conducted from Monday to Wednesday. It had plus and minus 2.5 percentage points in margin of error with a 95 percent confidence level.