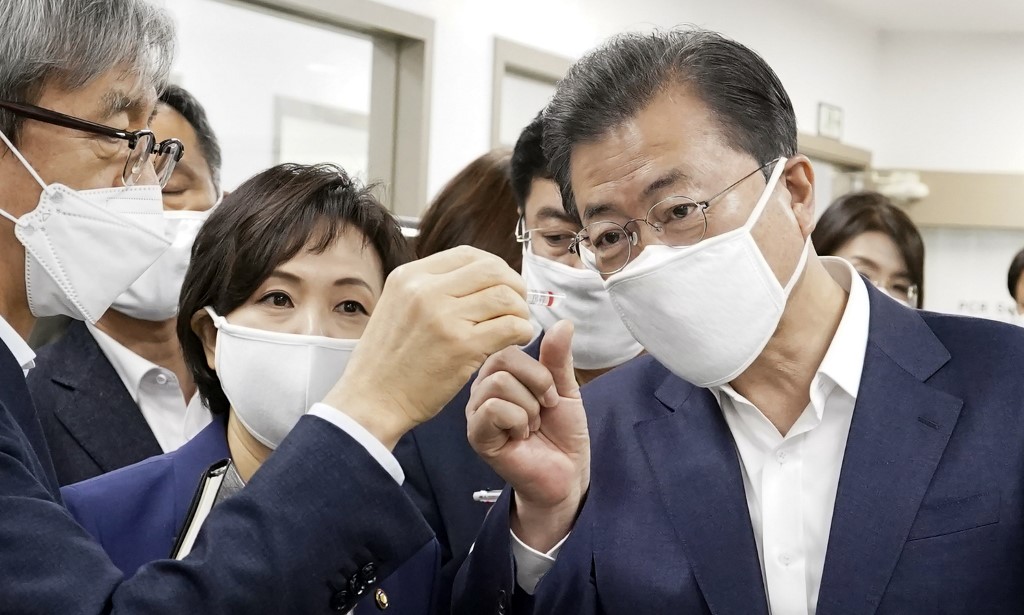 According to the Realmeter survey, support for Moon advanced 6.0 percentage points over the week to 64.3 percent this week, marking the highest since September 2018. Moon took office in May 2017.

It followed the governing Democratic Party's sweeping victory in last week's parliamentary polls, in which the ruling party and its sister party secured 163 directly-contested constituency seats and 17 proportional representation (PR) slots each out of the 300 seats of the National Assembly.

Support for the Democratic Party picked up 5.3 percentage points over the week to 52.1 percent this week.

The main conservative opposition United Future Party won 27.9 percent of support this week, down 0.5 percentage points from the previous week.

It was followed by the minor progressive Justice Party with 4.9 percent, the center-left Open Democratic Party with 3.3 percent and the centrist People's Party with 2.8 percent each.

The results were based on a poll of 1,509 voters conducted from Monday to Wednesday. It had plus and minus 2.5 percentage points in margin of error with a 95-percent confidence level.