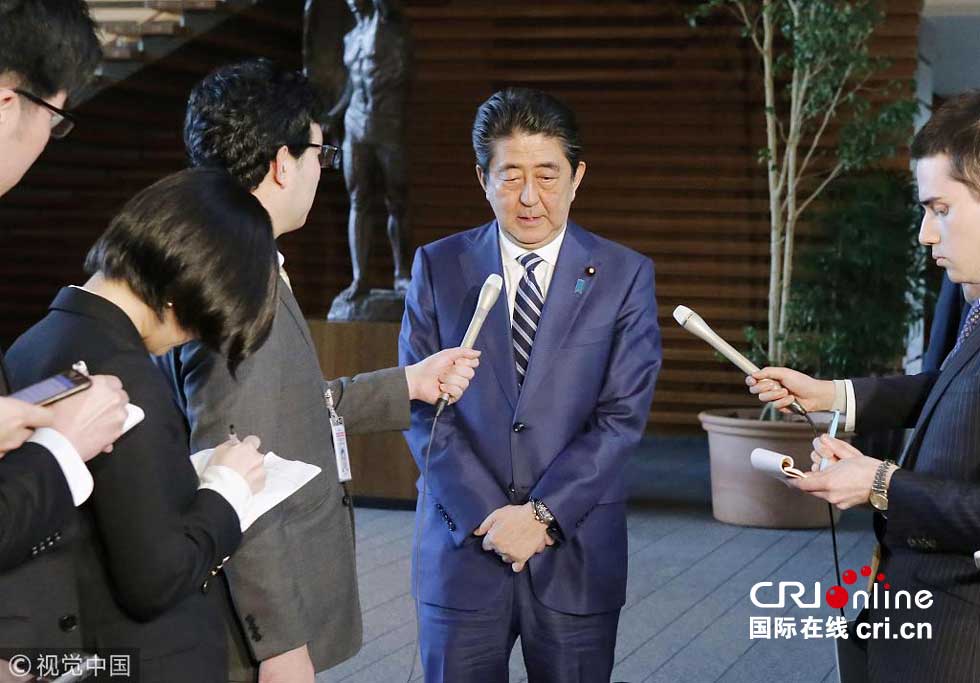 Suh Hoon, director of the National Intelligence Service (NIS), had a meeting with Abe for about an hour in Tokyo, accompanied by Nam Gwan-pyo, second deputy director of the Blue House's National Security Office.

Suh met with Kim Jong Un, top leader of the Democratic People's Republic of Korea (DPRK) last week in Pyongyang where Kim agreed to hold a summit meeting with President Moon in late April in the truce village of Panmunjom.

Trump accepted Kim's willingness to hold a DPRK-U.S. summit, saying he would meet with Kim by May to achieve a permanent denuclearization.

During the meeting with Suh, Abe said the DPRK would not use this opportunity as a chance to buy time as it has to face big negotiations, the inter-Korean and U.S.-DPRK summits, the Blue House said.

Abe expressed his gratitude to Moon for sending special envoys to Japan to explain the result of visits to Pyongyang and Washington. He also paid respect to the leadership of Moon for bringing positive changes to the inter-Korean relations and the denuclearization process.

Chinese President Xi Jinping on Monday met with Chung, special envoy of President Moon, in Beijing to hear the briefing on the South Korean envoys' visit to Pyongyang and Washington.