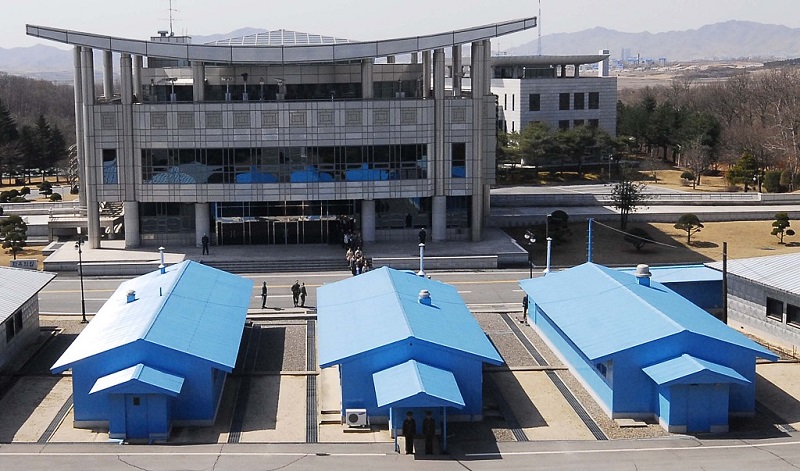 Moon said in a joint press conference with Trump after holding their summit in the presidential Blue House complex that the leaders of the DPRK and the United States will meet and shake hands in Panmunjom for the first time since the armistice agreement was signed 66 years ago.

The Korean Peninsula has been left divided since the 1950-53 Korean War ended with armistice. If realized, Trump would become the first sitting U.S. president to meet the DPRK leader in Panmunjom.

Moon said the upcoming Panmunjom meeting between Kim and Trump would become a "historically great moment" in the Korean Peninsula's peace process.

Trump said he looked forward to the meeting very much, noting that he and Kim had developed a good relationship and understood each other.

Since his first summit with the DPRK leader in Singapore last June, Trump said there had been neither nuclear nor ballistic missile tests from the DPRK and also the return of the remains of U.S. soldiers killed during the Korean War.

Trump said he had a "certain chemistry" with Kim, but he noted that he was in no rush as he and Kim had a long way to go.

The U.S. president also described his second summit with the DPRK leader in February in the Vietnamese capital of Hanoi as a "great meeting" more important than the Singapore summit. The Hanoi summit ended with no agreement.

Moon will accompany Trump to Panmunjom, but the South Korean president said the Panmunjom meeting would be focused on talks between Trump and Kim as it would have a great meaning in letting the DPRK-U.S. talks move forward.

Moon said he would seek his summit with Kim next time, expressing his anticipation for a change in the DPRK-U.S. dialogue from the Panmunjom meeting.