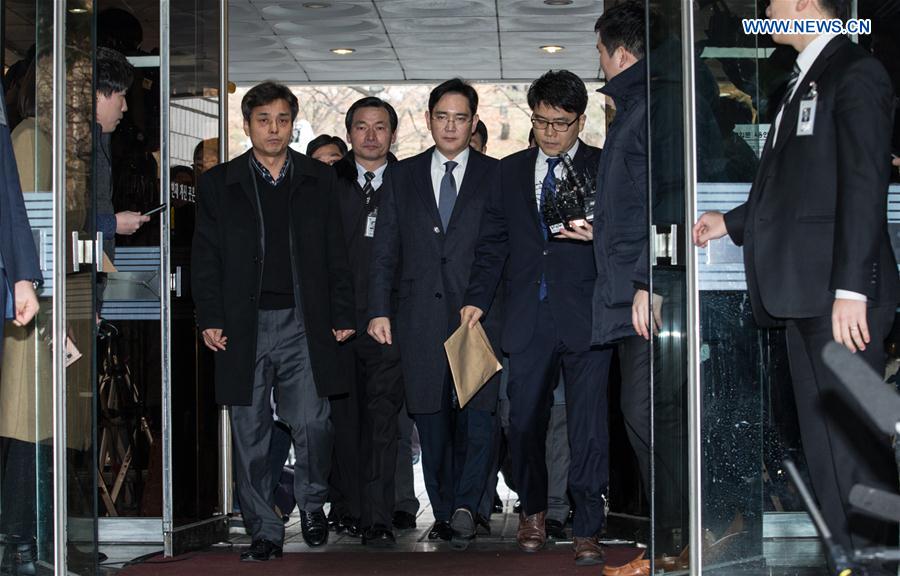 The Seoul Central District Prosecutors' Office accused the heir of Samsung Group, the country's biggest family-run conglomerate, of unfair stock trading, manipulation and breach of trust under a capital market act and accounting fraud under an act on external audit of corporation.

The indictment came after the country's financial regulator ruled in November 2018 that the biopharmaceutical unit of Samsung Group violated accounting rules and referred the case to the prosecution office for criminal investigation.

Samsung BioLogics, the biopharmaceutical unit, has been suspected of committing a fraudulent accounting to help Lee inherit a management control over the entire group from his ailing father Samsung Electronics Chairman Lee Kun-hee.

Samsung BioLogics altered the method to evaluate its affiliate, Samsung Bioepis, into the mark-to-market valuation in 2015, leading to a net profit of 1.9 trillion won (1.6 billion U.S. dollars) in the year after years of losses.

The biopharmaceutical unit, set up in 2011, launched a joint venture, Bioepis, with a U.S.-based Biogen in 2012.

In 2015, Cheil Industries and Samsung C&T merged into Samsung C&T, the currently de-facto holding company of Samsung Group. Cheil Industries, controlled by Lee at the time, inflated its valuation by overvaluing Samsung BioLogics.