South Korean families, separated by the 1950-53 Korean War from relatives living in the Democratic People's Republic of Korea (DPRK) left for Mount Kumgang in southeast DPRK Friday morning for the second session of three-day reunions. 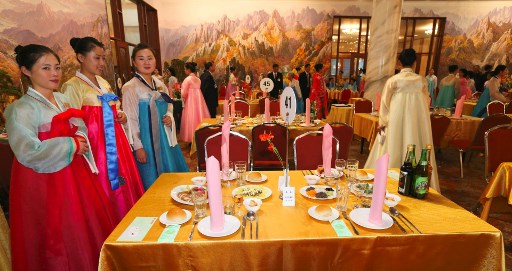 Eighty-one South Koreans, mostly in their 80s or older, departed in buses from a coastal city of Sokcho in northeast South Korea to meet DPRK relatives they never saw since the Korean War ended with an armistice that left the Korean Peninsula divided.

The separated elderly people sat in wheelchairs or were supported by their accompanying family members. The South Korean participants arrived at the coastal city the previous day to register for reunions and get their health checked.

South Korea and the DPRK agreed in June to hold the humanitarian event, the first in nearly three years. The latest was held in October 2015.

Since the fratricidal war was halted by the armistice in 1953, the separated families have been banned from exchanging letters and phone calls, let along meeting each other.

A combined 20 rounds of face-to-face reunions had been arranged since the first inter-Korean summit was held in 2000, but the reunions had been limited to about 200 separated families from each side. Over half of South Koreans on the waiting list for reunions are in their 80s or older.

Their meeting, arranged after decades of separation, will be painfully short. They will be granted permission to meet for only 12 hours in group and private gatherings during the three-day reunions.

It could be the only chance for the separated families to meet face-to-face. The eldest South Korean participant for the second session is a 100-year-old grandmother, Kang Jeong-ok who will meet her younger sister from the DPRK.